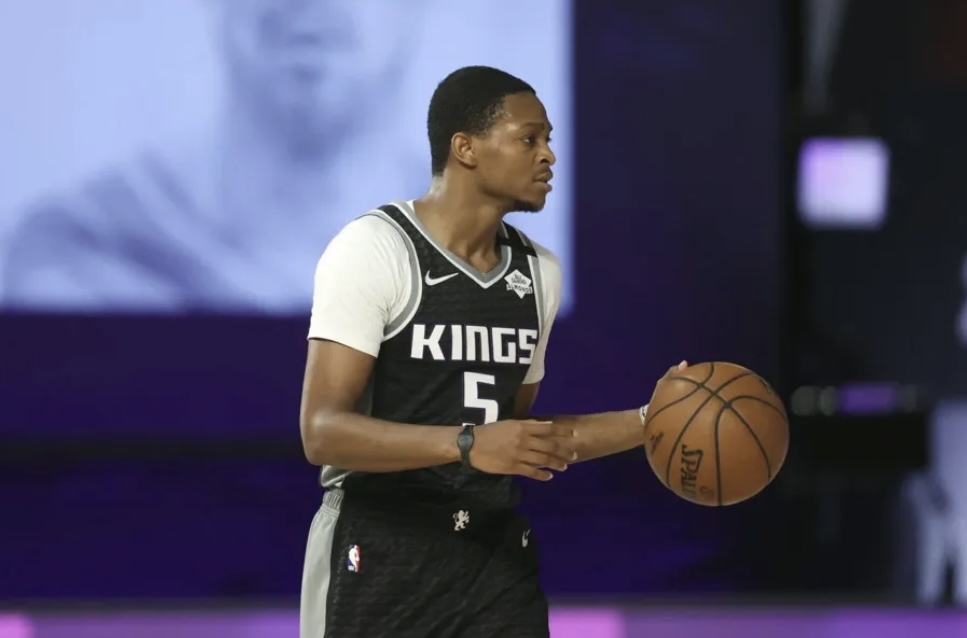 With the COVID-19 pandemic ravaging the world, there is much uncertainty surrounding the Tokyo Olympics. Even more than the games themselves, the potential makeup of the USA Men’s basketball roster is extremely uncertain. The NBA finals end on July 22nd, and the first preliminary round games for the United States are set to begin on July 25th. This is an extremely short turnaround, so it is highly unlikely that we see players that make a deep playoff run participate in these games.

That being said, the USA will still field a roster, but trying to predict what that will look like will be challenging, but here I am anyway. For the point guard position, Steph Curry and Damian Lillard have almost entirely ruled out playing, citing the quick turnover time.

Typically Curry and Lillard have been trendsetters in the NBA, so to pick a point guard, and every other position I am going to have to try to get a player from a struggling team that probably won’t make the playoffs.

So at the one, I have decided to go with Collin Sexton of the Cavaliers, and De’Aaron Fox of the Sacramento Kings. These two would be a great one-two punch, regardless of who Gregg Popovich decides to start as Sexton will provide elite three-point and midrange scoring, and Fox will bring an explosive punch to the team when they get out and run in transition. Although the Cavaliers are out to a good start, there have been many talks about trading or letting Andre Drummond go into the buyout market, and he has been a vital key in the team’s success, so I could very easily see Clevland not making the playoffs. And the Kings… are the Kings and unless something drastically changes, I don’t foresee them as playoff contenders.

The two shooting guards are a total question mark, but I decided to go with Bradley Beal and Jaylen Brown. Bradley Beal is playing on the worst team in the league in Washington currently, and although he should get traded, it would be very Wizards-esque to not get keep Beal hostage if he doesn’t come out and blatantly request a trade.

Even though the Celtics are contenders in the east, I think that they won’t make a deep run in the playoffs this year, and Jaylen Brown would happily volunteer to play. He participated in the 2019 FIBA World Cup on team USA when almost no other stars signed up to play on that team. He has taken massive strides forward in his game this year on both ends of the court, and Beal and Brown are two players who don’t need the ball in their hands to be successful. Beal is one of if not the best off-ball cutter in the league and Brown has been showing his ability to shoot lights out on catch and shoot threes.

Popovich could have to dig to find the two three’s he wants to bring to Tokyo with him as typically, the teams with the best small forwards, are the best teams in the League. Jimmy Butler might be an option here as the Miami Heat are struggling, but I would expect them to turn it around and make a run in the playoffs. I think the obvious choice here is Demar DeRozan. He played on the 2016 gold medal team and is currently coached by Popovich on the Spurs, who would love to bring the veteran presence and elite mid-range game of DeRozan to the games with him.

The other SF I could see tagging along is Brandon Ingram of the Pelicans. The Pelicans are off to a slow start, and even if they do make it to the playoffs, they will be a lower seed and likely eliminated early by one of the LA teams or maybe the Jazz. Ingram is a young 23 years old, so getting him a taste of the Olympic experience could be beneficial in terms of having a leader for years to come.

The frontcourt is one of the most important positions, especially when it comes to international basketball, as big men from other countries tend to be extremely skilled and methodical, and can be tough covers for the USA players. That’s why it will be important to get two power forwards who can defend as well as compete on the offensive end. I think that puts Myles Turner of the Pacers in a good spot to grab one of the spots. This season he is an early runner for DPOY and is averaging an uncanny 3.9 blocks a game currently. He has also shown flashes of ability to stretch the floor and take players off the dribble. He is another young guy that could be a core member of the team for years to come.

The other power forward is interesting, as many of the very best fours in the league are either foreign (Giannis), or set to make a deep run in the playoffs (Anthony Davis). I think that opens the door for another young player who excels on the defensive end. Jaren Jackson Jr. has missed the first part of this season with an injury, but I think when he comes back he will take his game to the next level along with Ja Morant and make Memphis the team of the future. Jaren is seven feet tall and runs the court like a gazelle and defends with intensity. He would be another great young piece that team USA can build around for years to come.

The Center position in years past has been one of the most impactful positions on the court for the USA in Olympics of the past. Guys like Dwight Howard and DeAndre Jordan have been physically overpowering as roll men and on the offensive glass when the USA plays inferior teams. The modern-day NBA isn’t as focused on big men, but there are still some stars who could dominate the international game. Karl Anthony Towns is a prospect here, as the Timberwolves are currently one of the worst teams in the league and he will not be playing during the summer and looking for some competition. KAT is also an elite pick and popper and is also a deadly roll man when he decides to be. Towns could also benefit from some wisdom from Popovich, as he has been put in unideal situations in Minnesota throughout his career.

My other choice I expect to see at center would be Bam Adebayo. Bam was cut from the 2019 FIBA world cup team, and he has had tweets that have voiced his displeasure with that decision. That will make him have an extra chip on his shoulder at tryouts, but honestly, he might not need to even perform at all at tryouts as the 23-year olds performance on the court has been much improved this season. He is averaging 21 points, almost 10 rebounds, and 5 assists this season, and has held a struggling Miami Heat team above water.

To fill in the final two roster spots available, I think that Gregg would start to look for a deeper veteran presence on the team. If the suns don’t go deep into the playoffs, I could see Chris Paul slotting in here as he is a two-time gold medal winner already. The last spot I think would belong to Carmelo Anthony. I know he isn’t the most talented option here, but he already has three gold medals, and I think Popovich would love to see him capture his 4th. He could also be a great mentor for the younger generations and help usher team USA into the next generation.