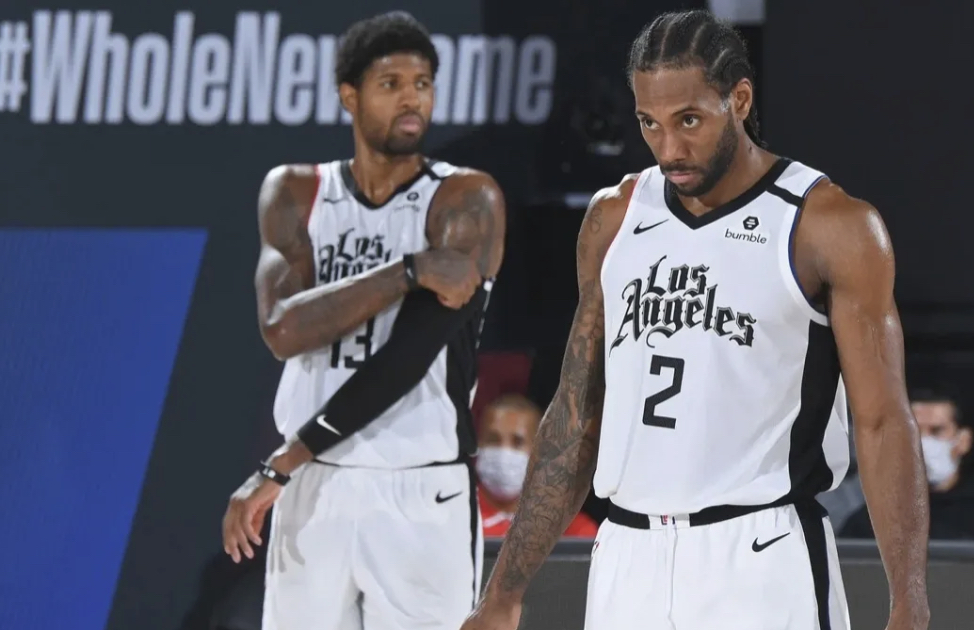 So it starts and ends with the HC. Ty Lue vs Doc Rivers. Ty Lue more than stood his ground in contract negotiations with the Lakers, refusing to just be LeBron’s personal assistant for 3 years till LBJ’s deal ended. Instead he chose to be Doc River’s top guy last year. He was able to observe and report to himself everything that worked and did not work with Doc’s 12 in 2019-20.

What did work with the Clippers last year with truthfully everything up until the 4th Quarter of Game 5 of the Western Conference Semifinals. They were coming off a Game 4 win with Kawhi Leonard notching 30pts/11rb/9ast/4stl/2blk/1to in 39 minutes of a 96-85 victory and were leading 3-1 in the series and 80-73 after 3 quarters of Game 5. Enter Nikola Jokic, Jamal Murray, and Jerami Grant going 7-7 from 3-land and the Clippers going 3-13 from distance, and it was the beginning of the end. You can literally watch Kawhi and Paul George running out of gas at the same time as Michael Porter Jr nailed a 3 with 1:11 left in the game to push the Nuggets’ lead to 5. Even though they both played well in Game 6, they had zero left in the Game 7 loss, going 6-22 and 4-16 respectively.

Do we have a significant change in coaching styles? Yes, it does seem like we do in one crucial area, pace of game. The Red and Blue went from 8th out of 30 in pace to 27th according to Basketball Reference. Is that the coaching staff or the players? Probably a little of both. In Ty Lue’s HC stint with the Cavs, his teams were somewhere in the middle of the pack each of his seasons. Doc Rivers’ 7 year tenure with LAC landed the team either 7,8, or 10 five times, with 3 years at seven.

Additions to Los Angeles in 2020-21 has made for a slow-down. Luke Kennard, Nicolas Batum, and Serge Ibaka have helped to bring a calm to the team that was not necessarily out-of-control fast last year, but seemed to expend a lot of energy in the bubble and during the Nuggets series.  Kennard, Batum, and Serge are all very solid on both ends of the floor, and play with a cruise control 35 MPH pace.

Probably the best add-on has been Serge Ibaka, who knows how to play off of Kawhi Leonard after they led the Raptors title run in 2018-19. Serge put up a slash line of 15pts/8.1rb/1.3ast/ and 1.4 blocks for the champs, which were all above his 11-year career averages. He also played early in his career with OKC alongside Durant, Westbrook, and Harden. He is the NBA’s 2-time Blocks Champ and 3-time NBA All-Defensive Team.

This years’ ‘Serge’ numbers of 12.2/6.9/1.7/ and 1.2 blocks are down besides assists, but this team does not require additional scoring or double-digit rebounds. They require verteran role players who can chip in with a block, steal, rebound, or hook shot. When Serge is on the court, LAC’s percentage differences are as follows; on total rebounds, 1.6%, on assists, 7.8%, steals 3.0%, blocks 2.3%, and overall Offensive Rating difference is 11.9% according to Basketball Reference. Outstanding numbers, especially the assist and overall offense rating differences.

Nicolas Batum has also been a welcome addition. Batum, who came over via Free Agency from the Hornets, is averaging 2.1 3-pointers a game while shooting at a career-high .465 from behind the line. He also has picked 1.2 steals a game, which ties a career high. Much like Ibaka, Batum brings calmness as soon as he hits the court. He is never out of control on offense as a spot-up shooter and is a legitimate wing in the starting lineup, who can d-up most any wing and also switch and guard anyone on the pick-and-roll. The Clips overall offensive rating difference when Batum on the court is 10.1%, along with steals going up 2.3% and assists sky-rocketing to 9.5%.

The final add-on for the re-face of pace is Luke Kennard. Kennard was part of November 19th’s monster trade with the Pistons, Nets, and Clippers. He put up career numbers last year with Detroit which included 15.8 points per game, 3.5 rebounds, 4.1 assists, and 1.5 turnovers. He also got to the free throw line at a career clip(2.7 free throw attempts per game) and with 2.4 makes, which was good for .893%. Those numbers are down across the board this year, but as with Ibaka and Batum, he is not required to produce at the same rate with the Clips; it is more about quality. He is an anchor for the 2nd unit and his 3-man combo numbers with Batum and Serge beat their opponents by 4.6 points, 4.4 blocks, 2.6 assists, and 3.9 rebounds per 100 possessions.

The major subtractions to the 2020-21 squad were in rank of points per game, Montrezl Harrell, Landry Shamet, and JaMychal Green. All three guys ramped-up the Clippers pace last year, with Montrezl being the standout performer of the bench pre-bubble, putting up 18.6/7.1/1.7 assists, and 1.1 blocks. He is a put-back king and with Sweet Lou, they provided instant offense before Lou went to Magic City for wings.

What goes up for pace must come down and all of the guys who moved from last years’ team looked out of energy at the end of the playoff bubble(Montrezl had to deal with the death of his Grandmother during the bubble). And what happens to most players when they are out of energy is they foul, which Green, Shamet and Harrell did at a rate per game last year of 2.8, 2.7, and 2.3 respectively. They combined for 12 points, 7 fouls, and a -15+/- in the aforementioned critical Game 5 last year against the Nuggets. In Game 6, the three had better numbers in 17 points and 4 fouls, but had a -30+/- and Harrell and Shamet had 2 turnovers a piece. Game 7 was solid for Harrell(20 points and 3 rebounds) and Green(11 and 6), but Shamet barely played and the rest of the team had no hustle left, getting outscored 50-33 and closed out by the Nuggs.

Are this year’s 213s better than last year’s version? That remains to be seen, but the changes they have made on bench and on the floor have led to a slower, manageable pace that could bear fruit with a full season minus 10 games and a full playoffs. The proof on the bench is clear already with Lue getting a carcas of a team that looked as bad as anybody to end last year, blowing a 3-1 lead and a shot at the Lake Show  in the Conference Finals, ready to play this year and play very well(16-6) and under control. The proof on the floor will be in the playoffs; a Serge 4th-Quarter block or Kennard hitting two clutch free throws, or in a LAC dream,  Batum drains a wing 3 for game winner, actually most visions would most likely include Kawhi.