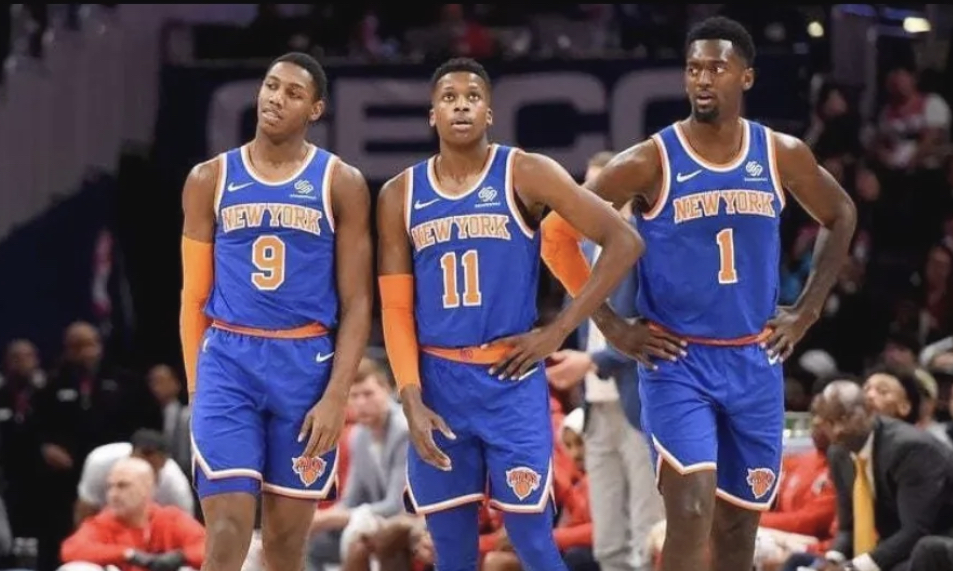 After all these years we saw the Knicks some bad picks in the NBA draft besides Kristaps Porzingis. Also signing free agents and overpaid them and made bad trades which became disastrous.

Finally, the New York Knicks are getting it right and started in the draft last Wednesday in selecting Obi Toppin as the overall eight pick in the 2020 NBA Draft. I believe that he will be the best player to come out of this draft. In addition, they pickup Immanuel Quickley as the 25th pick. Quickley a 6-4 guard will play a role coming off the bench who can provide scoring and getting back on the defensive end.

Also they added free agents Austin Rivers, Alec Burks, and Nerlens Noel. Rivers will be another factor coming off the bench to give the Knicks some production. Alec Burks agreed to a one year six million dollar deal, last season with Philadelphia and Golden State. He averaged 12.2 ppg in 18 games with the Sixers and 16.1 with the Warriors. Noel has been a journey man in the league and heading into his eight season. He was one of the best centers off the bench in entire league last season. His 23.0 player efficiency rating (PER) is 25th in the entire NBA. They sign Elfrid Payton to a one year contract.

New York denied the options on Bobby Portis who signed with Milwaukee; Wayne Ellington sign with Detroit. Taj Gibson currently is still available out there. These moves freed up a total of $40 million in cap space for the offseason.

Kudos to Leon Rose who took over as President back in March who made some wise decisions and now they can make a trade or sign a marquee free agent.

Even so they help themselves in the draft which which they have three first round draft picks in 2021. One they own theirs, and the others from Dallas and the Los Angeles Clippers.

Knick fans are feeling better about the acquisitions they made. They are missing a veteran point guard to take them to the next level. New head coach Tom Thibodeau will bring a defensive mindset to a young team. With his attention to detail and no-nonsense you will see this Knick team improved throughout the 2020-21 season.