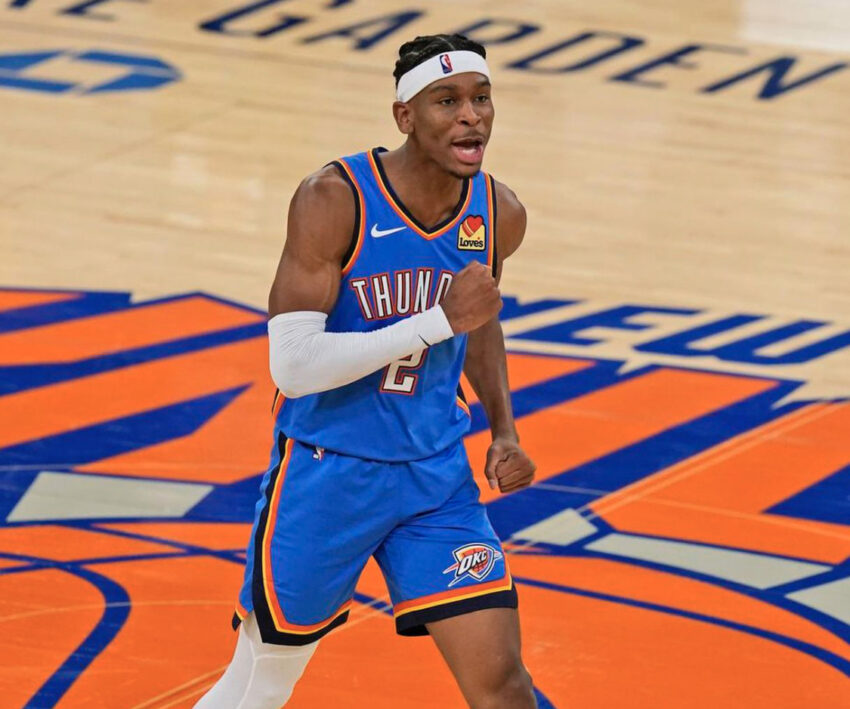 After back to back seasons of averaging 20+ points and with the Oklahoma City Thunder’s #2 Overall Pick in the 2022 NBA Draft, Chet Holmgren out for the year, Shai Gilgeous-Alexander took it upon himself to be their ultimate leader and superstar. His work for the 2022-2023 NBA season started in summer league especially since OKC has the youngest team in the NBA. Shai was present and vocal during his time in Las Vegas to connect with the newly drafted players along with fellow teammates from last year. Paris Lawson caught up with SGA while in Vegas and asked him about how valuable this time spent in Vegas is for the rookies and the group as a whole.

“We’re like a family..All of us being around the same age, enjoying the same things, we’re like a brotherhood. I think it only helps us on and off the court because we really relish it and enjoy each other’s company and it’s great to be back together.”

SGA has a tough task on his hands being the leader and the veteran presence amongst the youthful team while being only 24 years old himself. Thunder coach Mark Daigneault made a comment on SGA’s leadership, “He’s always had the qualities that make him a great leader.”. OKC is not expected to make the playoffs however they could be in the running for the play-in tournament. OKC has a record of 16-22 and currently sits at 12th in the Western Conference.

With the NBA All-Star game right around the corner, SGA definitely has the stats to be a participant this year. However, with the current team’s record it would be difficult to see him be in Utah for the game. At the same time, the Western Conference is loaded at the guard spot with the likes of Stephen Curry, Luka Doncic, Ja Morant, Damian Lillard, and Devin Booker all with similar stats with better team records. With Steph and Devin dealing with injuries, its possible that Shai could sneak into one of the final spots or become an injury replacement as long as he continues his high level of play.

Shai has been playing like a max contract player and definitely deserved the max contract he signed back in August of 2021. In his latest outing, he posted 33 points, 3 rebounds, and 4 assists to go along with a steal and a block in a losing effort to the Orlando Magic.