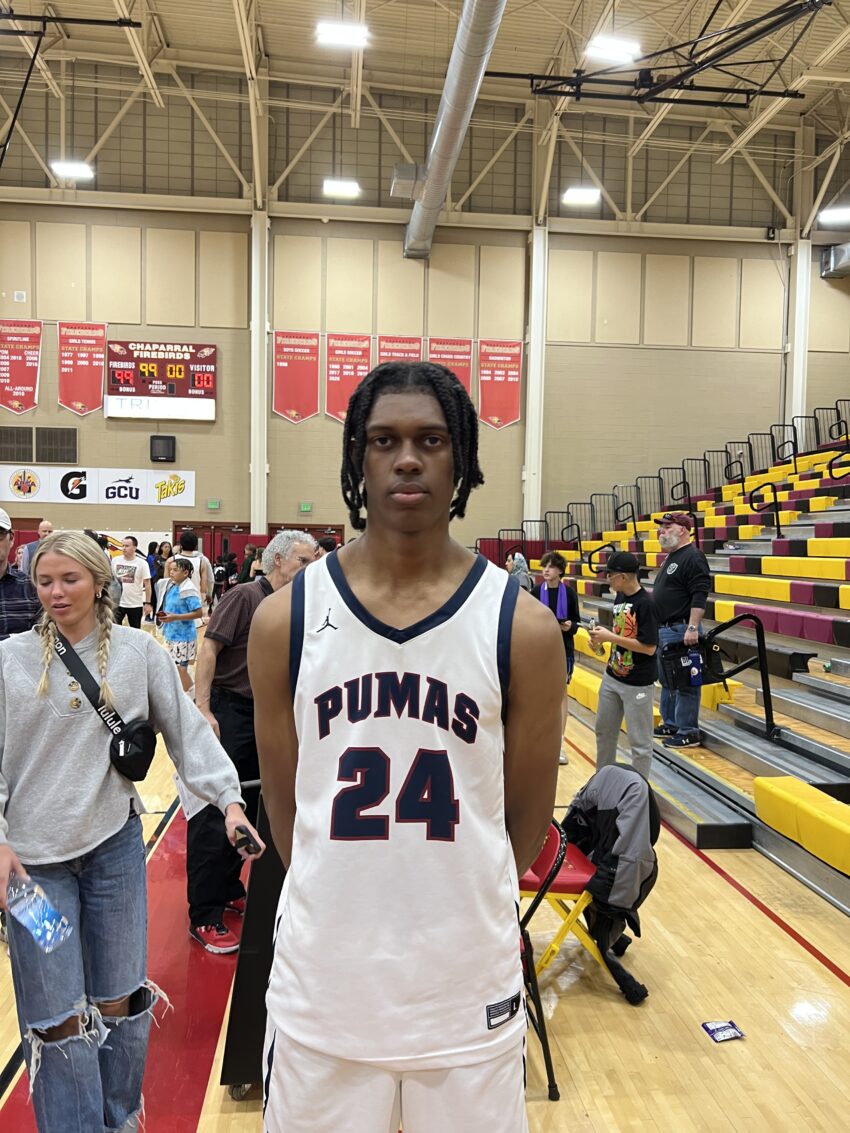 The 2022 Hoophall West Classic took place at Chapparal High School in Scottsdale, Arizona. The Hoop Post witnessed three days of outstanding talented teams and players. Enjoyed watching the top prospects of the Class of 2023, 2024, and 2025. Here is our best prospects:

Koa Peat, Perry HS, Gilbert, Arizona; Class of 2025 – Had an outstanding performance on both ends on the court. He and teammate Cody Williams were unstoppable in Perry two wins over Cardinal Hayes (NY) and San Ysidro (CA). Peat had a double-double in both games in which he had his way in the paint. He dominated against small defenders inside, take slower defenders off the dribble, and finish through contact with his strong frame.

Bryson Tucker, IMG Academy, Bradenton, Florida; Class of 2024 – Tucker lead IMG to win over LUHI scoring 24 points. Then the next game he had 16 points in the win vs Arizona Compass Prep. Tucker is a flat out special player who took things in his hands and help IMG in their two wins. He played with a lot of poise and never unraveled. His shot selections were outstanding and hit the key ones that was needed.

Ian Jackson, Cardinal Hayes, Bronx, New York; Class of 2024 – Ian Jackson Hayes squad lost both games in the Hoophall West, however he didn’t disappoint. The 6-5 guard shows quickness in and make great decisions on offense. In addition, he can score anywhere on the court. He has that special talent to excel on the next level. He scored 23 points in both games and shot 47.3 percent on the floor.

VJ Edgecombe, Long Island Lutheran, Brookville, New York; Class of 2024 – VJ Edgecombe is that prospect can climb up the ladder and be an elite prospect. The 6-5 guard averaged 16.5 points and 6.5 rebounds in their two games in Arizona. His inside presence on both ends was impressive. I like his toughness around the rim and he find his way to the foul line. His free throw shooting percentage was 91.7 which was huge.