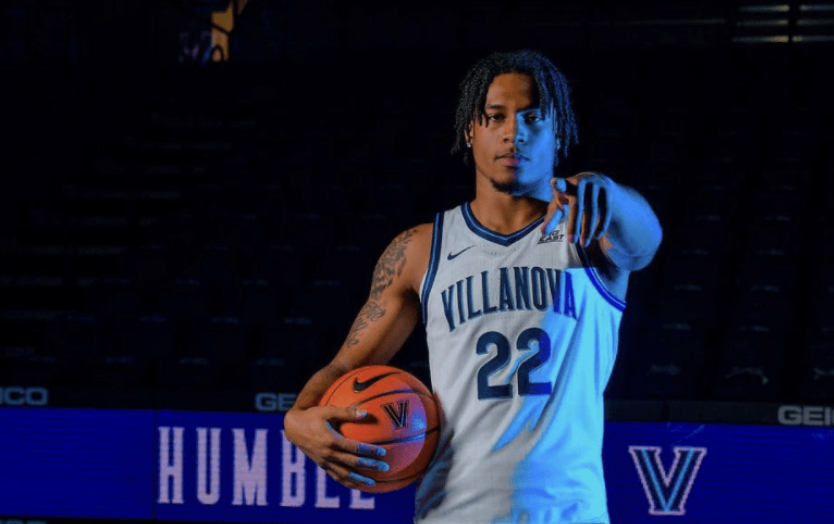 The 2022-23 basketball season is just 10 days old, but notable upsets have already occurred. Tennessee fell to Colorado, Kentucky to Michigan State, and Temple beat Villanova for the first time in a decade.

After Villanova’s loss to Temple, the Wildcats were dropped out of the most recent AP Men’s Basketball Poll rankings. This is the first time since the 2019 season that Villanova is unranked.  You would think this early defeat would be a wake-up call for the Wildcats, but the team came out offbeat and lackadaisical in the first half against Delaware State on Monday evening.

Fortunately for ‘Nova, their players enjoy the grind and were able to feed off a momentous 3-point basket from Brandon Slater in the 2nd half, which ended the dreary drought previously controlling the court.

The team’s pace quickened, shots became consistent, and the atmosphere in the stadium did a sharp 180 turn. Freshman players, Mark Armstrong and Brendan Hausen played key roles in Villanova’s comeback by coming off the bench fired up and sinking crucial baskets. Delaware State played with tenacity, but the ‘Cats ended up on top finishing the game 60-50.

It was not pretty, but a win is still a win.

Villanova is still expected to have a successful season, but they are missing pieces to their playbook. It will be interesting to see how the new head coach, Kyle Neptune, makes adjustments to the starting lineup and the bench to account for the absences.

Justin Moore is still healing from his torn Achilles tendon and true freshman Cam Whitmore is still out recovering from an injured thumb on his shooting hand. Moore has already proven himself as a starting asset, and the ‘Cats are anxiously waiting for his return. On the other hand, Whitmore is new to the squad and the bar is raised high for his explosive debut.

Cam Whitmore, a dynamic force only 18 years old and already making a name for himself. At Archbishop Spalding, where he attended High School, Cam Whitmore totaled 1,252 points and 633 rebounds. He averaged 21.3 PPG and 10.6 RPG. He started in all 72 games he appeared in, and as a senior led Spalding to the semifinals of the MIAA conference with a 25-10 record.

Whitmore was named both the 2022 Gatorade Maryland Boys Basketball Player of the Year and a McDonald’s All-American. In the McDonald’s game, he had a game-high of 19 points, 8 boards, 5 assists, and 2 steals to win the game.

This past summer, Whitmore was awarded Most Outstanding Player at the FIBA U18 Americas Championship after leading USA Basketball to a gold medal against Mexico.

There should be no confusion as to why ESPN ranked Cam Whitmore 21 in the top 100 of the class of 2022. He is a tried-and-true athlete whom any opponent should be nervous to compete against.

Villanova will need the dynamite forward if they want to dominate consistently this season. Especially since Whitmore’s skillset is already so advanced for his age, which means he might be a potential lottery pick in the 2023 NBA draft. If this will be a one-and-done year for him, the ‘Cats must takeadvantage of every healthy minute Whitmore has to offer.

Cam Whitmore is an elite athlete who makes a critical impact during transitions. Standing at 6-8 and 232 lbs., he is almost impossible to defend on the court. He is the type of player that when given just an inch, will find his way over and/or through you. Whitmore’s skill set is unique in that not only does he drip athleticism from his bones, but he is a smart and decisive player. He puts in the work to cut and get open and makes sure the defense will reap the consequences of letting him slip milliseconds away from their guard.

While an open court is Whitmore’s guilty pleasure, he does not necessarily need it. He is productive from just a couple of bounces to the rim and is explosive whenever the ball is in his hands. This season the Villanova Wildcats will need Whitmore to elevate their gameplay. Whitmore can play at different speeds and his versatility and prodigious athleticism will be fatal for opposing teams in the future.

Cam Whitmore is the Big East Preseason Freshman of the Year and is part of the top 50 preseason watch list for the John R. Wooden Award.