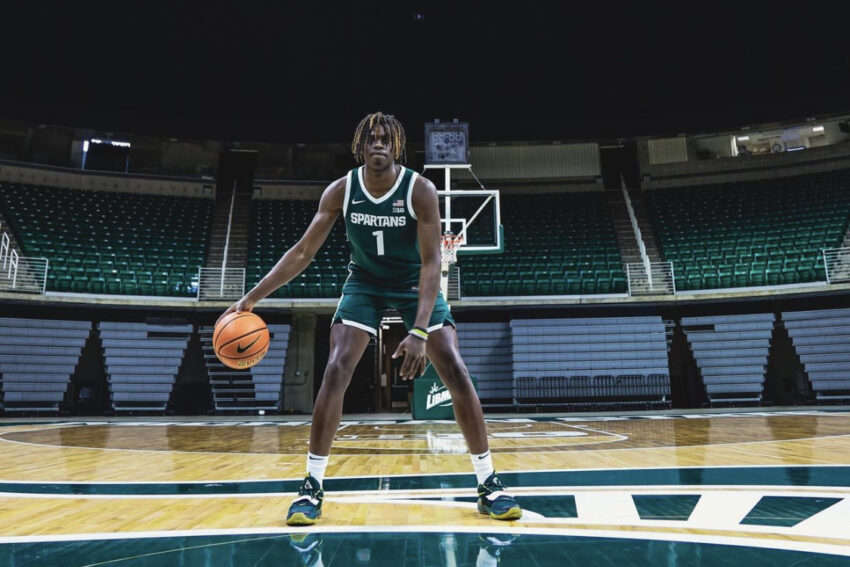 Four-star Coen Carr announced that he will play at Michigan State. Carr a 6-7, small forward from Greenville, South Carolina pick the Spartans over Indiana, Tennessee, and Vanderbilt.

“The guys that were already committed to Michigan State in my class like Jeremy Fears, Xavier Booker and Gehrig Normand had been talking to me the whole time, and really selling me on coming in there and being a part of something special,” Carr told Sports Illustrated. “I feel like coming there and playing with such a special class is really gonna get me more prepared to play in the NBA. The last guy on the bench in the NBA is a baller, so to be able to go somewhere that I’ll compete against the best every day was big for me.

“When I told them I committed, the first thing we talked about was how we were gonna win this national title. We’re all on the same page, and we all know what we’re bringing to the table.”