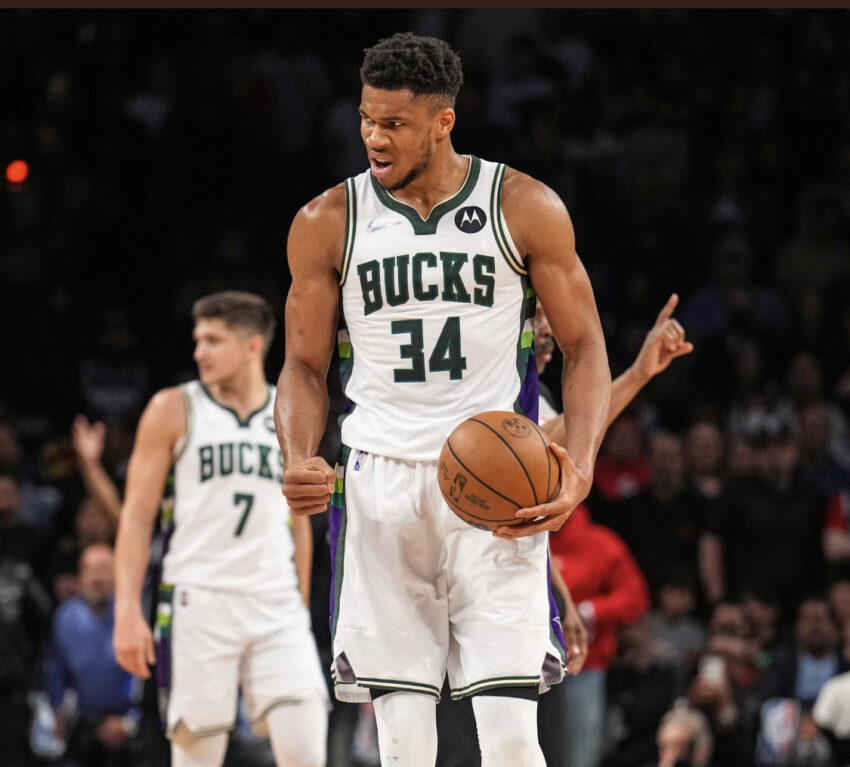 Giannis Antetokounmpo scored 44 points and hit a game tying three pointer with 18.7 seconds left in regulation. Also made the two key free throws with three seconds left in overtime as the Milwaukee Bucks beat the Brooklyn Nets 120-119 on Thursday night in Brooklyn.

Antetokounmpo helped the Bucks erase a 108-99 deficit over the final 3:52 of regulation to even it at 110 at the end of regulation. Milwaukee let a 117-113 lead slip away in overtime and trailed 119-118 after Durant made three free throws with 8.7 seconds remaining.

After Milwaukee called a timeout, Antetokounmpo drove the lane and was fouled by Nic Claxton just before Durant could make the block. Antetokounmpo made two free throws, and the game ended when Durant missed a game winning three pointer as the Bucks hold on to win.

Antetokounmpo made 14-21 shots and his only three pointer of the game moved him past Hall of Famer Kareem Abdul-Jabbar atop Milwaukee’s all-time scoring list. He also had 14 rebounds and six assists to help Milwaukee win for the 12th time in 15 games.

Jrue Holiday scored 19 points and Khris Middleton contributed for 16 points in which Milwaukee which shot 44.9 percent and had 22 turnovers.

The Bucks are a half game from getting the top seed in the Eastern Conference playoffs in which Miami is on top. Brooklyn is the eight seed and will be in the play-in game if season ended today. Brooklyn has five games remaining which is four and a half games for the sixth seed.