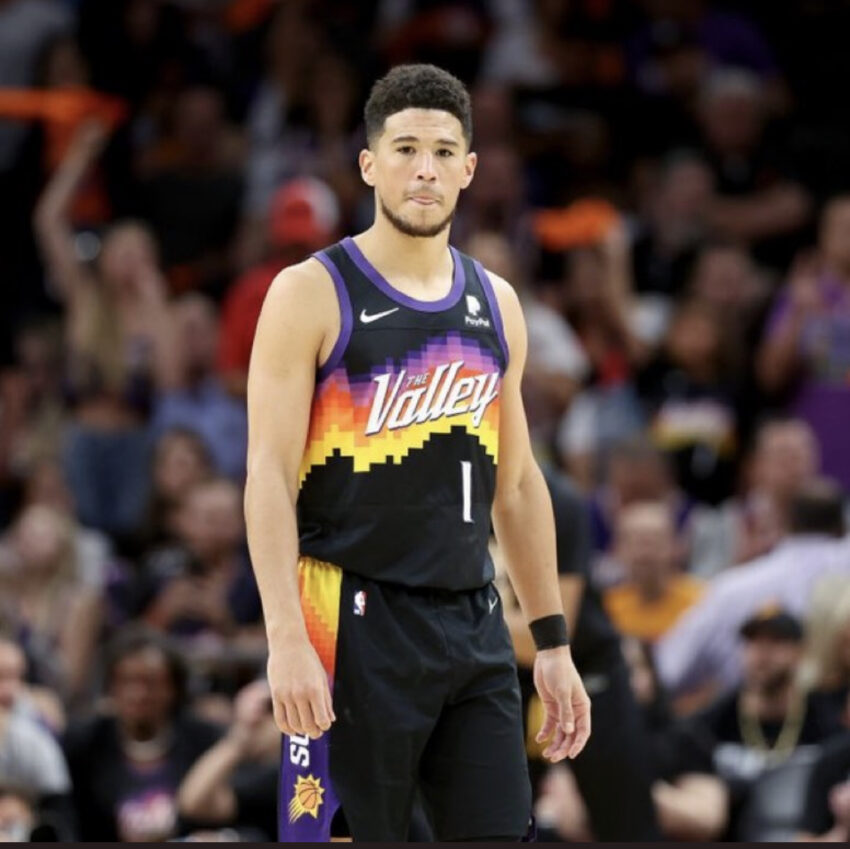 ESPN reported that Phoenix Suns star guard Devin Booker could miss two to three weeks with a Grade 1 right hamstring strain. Booker sustained the injury in the third quarter of Tuesday’s night’s 125-114 loss to the New Orleans Pelicans in Game 2 of a first round playoff series. He scored 31 points before leaving the game with 4:45 left in the third quarter. He has a history of hamstring issues.

He missed seven games this season because of a left hamstring strain. At this time he would miss the entire first round and likely return sometime in the Western Conference semifinals if Phoenix advance.

Booker averaged 26.8 points, 5.0 rebounds and 4.8 assists per game in the regular season. The Suns were 8-6 without him in the lineup this season.