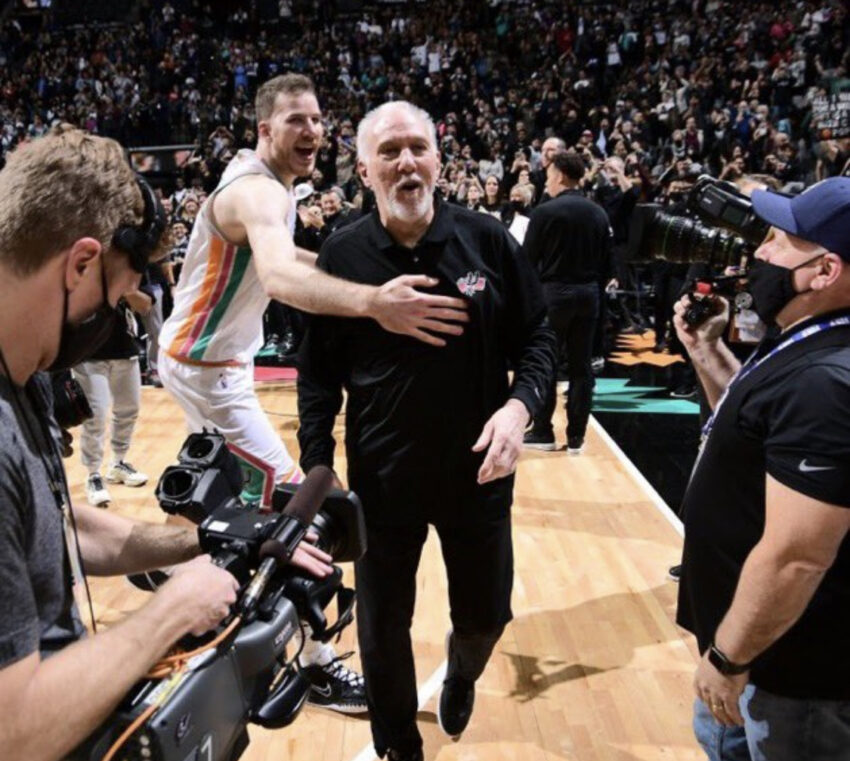 The San Antonio Spurs rallied from 15 points down in the fourth quarter to beat the Utah Jazz 104-102. With the Spurs beating the Jazz, coach Greg Popovich reach his career victory to 1,336 su Don Nelson. Popovich in his 26th NBA season and it has been with the Spurs throughout his coaching tenure.

San Antonio trailed by 15 with 10:02 left in the game, but they rallied and were up 98-95 after Jakob Poeltl scored with 31.3 seconds remaining. Utah’s Donovan Mitchell hit a jumper with 17.6 seconds left to cut the lead to one point.

Josh Richardson then made one free throw with 14.2 seconds to play but missed the second. Keldon Johnson came up with the offensive rebound and was fouled. He made both free throws with 12.5 seconds remaining to make it a four-point game.

Mitchell’s bucket with 5.9 seconds to play cut the lead back to two, before Dejounte Murray made a pair of free throws with 4.8 seconds left. Utah’s Rudy Gay hit a 3-pointer with two seconds left, but Murray added another free throw and the Jazz could not get off another shot.

Murray led the Spurs with 27 points, with Poeltl putting in 15 points and 11 rebounds. Zach Collins also scored 15 points, Johnson finished with 13 points and 10 rebounds, and Richardson and Lonnie Walker IV scored 11 points each.