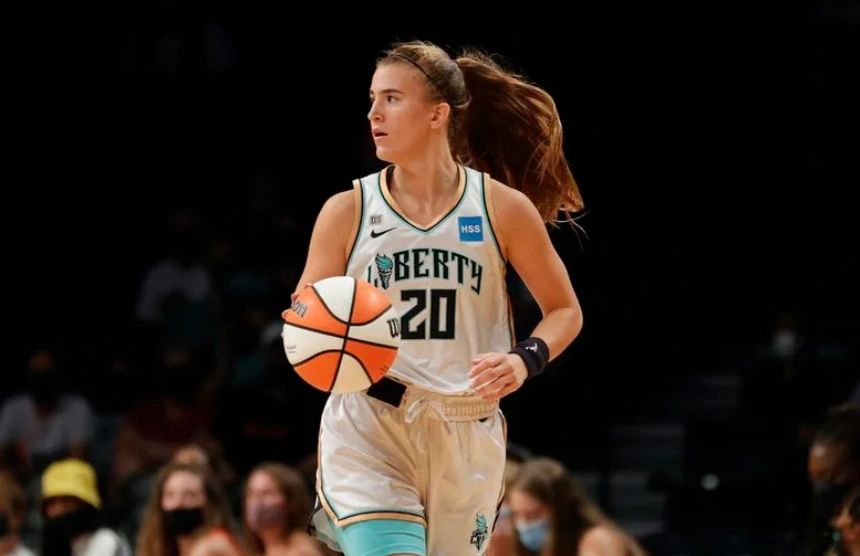 Sabrina Ionescu is a WNBA player currently playing for the New York Liberty as a Guard. She scored an average of 11.7 points, 6.1 assist points, and 5.7 rebound points. Growing up in Walnut Creek, California, Ionescu learned to play basketball at three years old with her twin brother, Edward. Ionescu knew the challenges of playing basketball with the boys because of her gender as a girl.During her middle school years, she requested to join her school’s basketball games; however, the school’s officials noticed Ionescu there weren’t enough girls to form a team and refused to place her in the boys’ basketball league.

In 2020, New York Liberty chose Sabrine Ionescu as the first pick in round one in the WNBA Draft. On August 1, 2020, Ionescu suffered a Grade three Sprain Ankle during the playoffs against the Atlanta Dream. As a result of the several damages to her ankle, Ionescu missed out playing the remainder of her first WNBA season with the New York Liberty.

After nine months of recovery from the sprained ankle, Ionescu returned to the New York Liberty for her second season and became the youngest player in the WNBA’s and Liberty’s history to perform triple-double points.

Their last event into the finals was in 2002, which they have lost the championship title against the Los Angeles Sparks. Ionescu is ready to focus on capturing the title for her team, and nothing can stop her from achieving it.

Will New York Liberty has a chance to rise from the ground and capture the championship title or face another losing opportunity to compete in the finals?