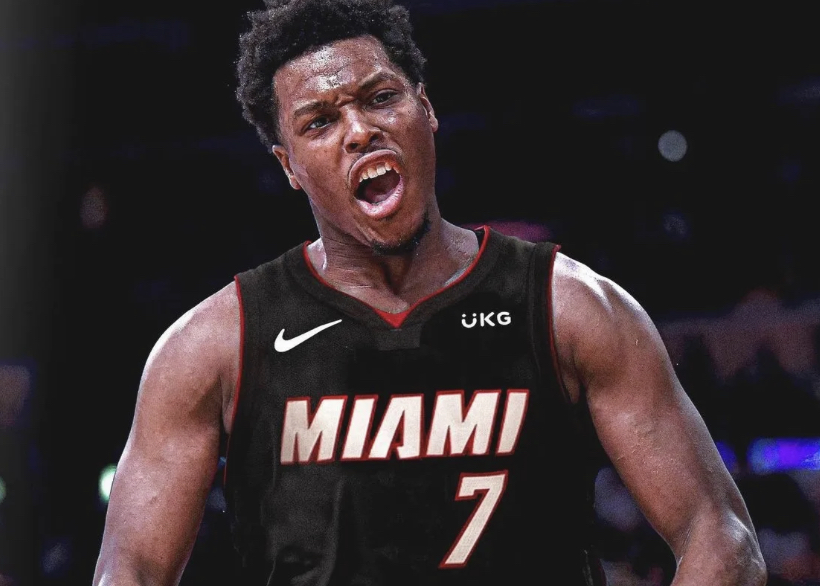 The Miami Heat made it official when Kyle Lowry signed with them last Friday. With the acquisition of Lowry, Miami has a floor general who can dictate the pace and flow of the game. Along with taking the pressure off of Jimmy Butler to set up plays on offense, Lowry’s championship experience can help the Heat in dividends, giving them another leader who can show them how to win and exhibit that Heat Culture to the fullest. Here’s how Kyle Lowry can be a difference maker for Miami.

Lowry spent nine seasons with the Toronto Raptors, making a name for himself as one of the elite point guards in the league. Having the led the team in most assists, Lowry will be very reliable for Miami, a team that needed help the most in that department. It should be noted that Lowry also led the Raptors all-time in most steals, which will make Miami’s defense tougher to deal with.

Miami was on Lowry’s radar during the midseason trade deadline, but weren’t able to make the trade happen due to pensive holdouts from the Dallas Mavericks, who wanted Goran Dragic in exchange. Needless to say, the Heat stayed true to their plan and managed to acquire the six-time NBA all-star.

While on the subject of offensive production, Lowry has options on which players he can pass the ball to run plays for. Duncan Robinson’s lethal three-point shooting will be even deadlier with Lowry setting up plays and finding him behind the arc. With Jimmy Butler and Bam Adebayo, Lowry can play the two-on-two scenario and space the floor, especially with Adebayo. Heat coach Erik Spoelstra will have to thoroughly explore these options to give Miami same level of depth to their offense in the same manner with their defense.

Another area that Lowry will greatly impact the Heat roster is the championship experience. Lowry helped the Raptors win their first NBA championship in 2019, averaging 13.0 points and 6.4 rebounds per game. Outside of Udonis Haslem guiding the team, this leadership is much needed for a Heat team that made the Finals in 2020 and were swept in last season’s playoffs. Lowry isn’t the only Heat newcomer with championship experience that can help the young roster reach their full potential.

Markieff Morris and PJ Tucker, both of whom won an NBA Championship with the Los Angeles Lakers and the Milwaukee Bucks respectively, join Lowry in helping the young Heat roster on what it means to be champions. The addition of Lowry and Tucker in the starting lineup, plus Morris as a key member coming off the bench will give Miami some added toughness. Lowry’s mentoring of the young core will be key and a difference maker in how players like Tyler Herro, KZ Okpala, Gabe Vincent, and Max Strus will improve.

Speaking on improving the team from last season, Miami will need another point guard to come off the bench and carry the load with Lowry. The NBA Summer League has a bunch of prospects looking to make an impression and one name that stands out is undrafted rookie Marcus Garrett from the University of Kansas. Garrett has been nothing short of impressive during the Summer League for Miami, notably putting up a double-double in a victory against the Golden State Warriors, which included four steals. Garrett’s IQ for the game and being a menace on defense is worthy enough of garnering a two-way contract with Miami.

The Heat’s guard rotation, outside of Lowry, Robinson, and maybe Herro, will need a serious look into. Miami has some promising guards, but one in particular, Victor Oladipo, will have to find some footing once he returns from injury. Last season, the Heat acquired Oladipo in a trade with the Houston Rockets for Kelly Olynyk and Avery Bradley, playing in only one game before having a season-ending surgery on his right quadriceps tendon. Oladipo is scheduled to return back to the Heat in November and he could bolster the point guard depth for Miami, giving Lowry another player to rely on.

If there is one thing to look forward to for the Heat this season, is that there will be a lot of improvement from last season. The addition of Lowry, along with other pieces, will give Miami a competitive edge in an Eastern Conference that looks to be highly competitive. It will all come down to how Lowry will not only guide the team, but how effective the Heat can be all season long.