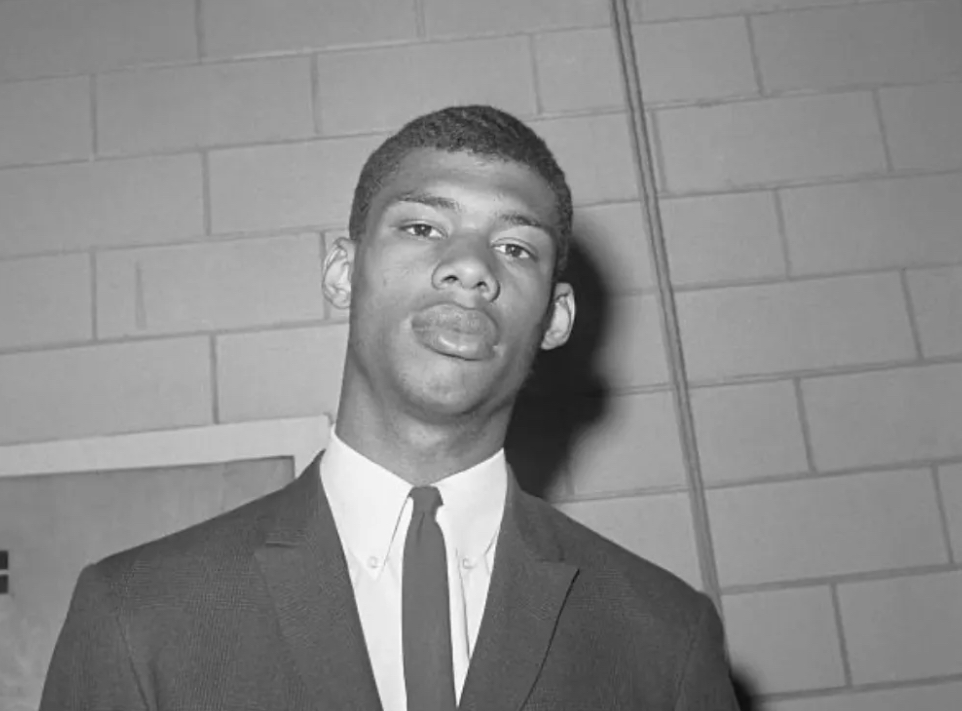 The heart of New York City in which it all starts from Madison Square Garden to Rucker Park. The talent was based in Harlem to Lower Manhattan. Here is the top five:

In 1969 Alcindor was selected by the Milwaukee Bucks as the number one overall pick. After spending six seasons with the Bucks, Jabaar was traded in a five player deal to the Los Angeles Lakers in which he spend 14 seasons. Kareem was a six time NBA Champion, six time NBA MVP, 19 time NBA All Star, and a 10 time First Team All NBA. Also a 15 time All NBA and an 11 time All NBA Defensive team member.

Jabaar was inducted to the Basketball Hall of Fame in 1995. In 1996 he was honored as one of the 50 greatest players in NBA History.

2. Bob Cousy – High School: Andrew Jackson, College: Holy Cross & NBA – Bob Cousy was raised in the Yorkville section on the Eastside of Manhattan. Then his family move out to Queens and attended Andrew Jackson High School. He didn’t make the team in his freshman and sophomore year in high school. He join a youth basketball team in Queens where he developed is skills and made the team in the 11th grade. In his senior year he lead Jackson to the Queens divisional championship and scoring more points than any other New York City high school basketball player. He was even named captain of the Journal-American All-Scholastic team.

Then he decided to attend Holy Cross College in Worcester, Massachusetts. He became a three time All American basketball player and led the school to the 1947 NCAA championship. In 1950, he turn pro and was drafted by the Boston Celtics. Cousy led the NBA in assists for eight consecutive years from 1953 to 1960. He led the Celtics to six NBA Titles. He played in thirteen straight NBA All Star games and was named NBA MVP in 1957.

3. Charlie Scott – High School: Laurinburg Institute NC, College: North Carolina & NBA – Charlie Scott grew up in Harlem and made his Mark in the game at Rucker Park. Spend one year at Stuyvesant and transfer to Laurinburg Institute. He was valedictorian of his high school senior class. He became the first black scholar athlete at North Carolina. Scott averaged 22.1 points and 7.1 rebounds per game at UNC. He was a two-time All-American and led the Tarheels to the 1968 and 1969 final four. He was part of the 1968 USA Basketball Olympic Gold Medal Team.

Charlie Scott was drafted by the Boston Celtics in 1970, however he had already signed a contract with the Virginia Squires in the American Basketball Association. Scott was named ABA Rookie of the Year and First Team in 1971 after averaging 27.1 points per game. During his second season with the Squires, he set the ABA record for highest scoring average in one season of 34.6 points per game. In 1972 the Phoenix Suns acquired a trade for Paul Silas. He became an NBA All Star for three consecutive seasons. Then was traded to Boston for Paul Westphal in the 1975-76 season. He was a member of the 1976 Boston Celtics championship team. He retired in 1980 with 14,837 combined ABA and NBA career points. In 2018, Scott was inducted into the Basketball Hall of Fame.

4. Jamal Mashburn – High School: Cardinal Hayes, College: Kentucky & NBA – Marburn grew up in the Ralph J. Rangel Houses in Harlem. He was part of that great 1990 class from New York and lead Cardinal Hayes to the New York City CHSAA Championship game. He was the first player nominated as Mr. Basketball in New York State. Then he went to Kentucky and they three seasons in which he was the top freshman in the SEC. Then led Kentucky to the 1993 Final Four.

Jamal Mashburn was drafted number overall in the 1993 NBA Draft. Mashburn had an excellent 12 year career in the NBA. In 1994 he was All Rookie and a 2003 NBA All Star. Mashburn has worked for ESPN as an analyst and launched a number of successful business ventures.

5. Dean Meminger – High School: Rice, College: Marquette & NBA – Meminger was an All City player at Rice High School in Harlem. He made a make off the West 135th Street playground games. Then he went to play for Al McGuire at Marquette from 1968 to 1971. He helped the Warriors win the 1970 NIT Championship and was tournament MVP. He was an consensus All American at Marquette in 1971. His jersey is retired at the University.

Alot of great players came out of Manhattan and was a hot spot to come play at. Some of the best basketball was not only at the Rucker, the Pro-Am at City College, West 4th Street, Dyckman, and The Pro City League at Hunter.