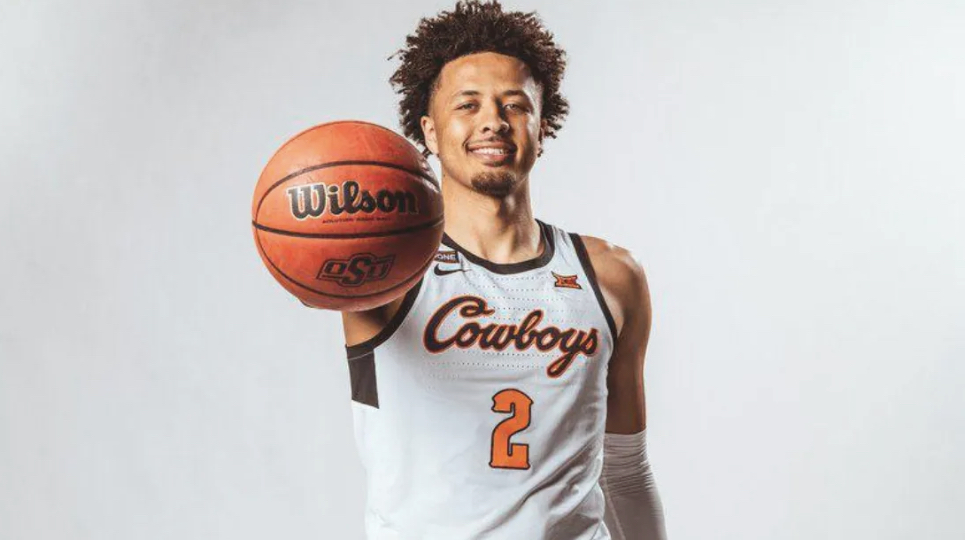 This year’s NBA draft is the first time players from G-League Ignite can be drafted and players from college that do the traditional route. With that, Anthony Forrester takes a look at his top prospects in this year’s 2021 NBA Draft.

1) Cade Cunnigham, Oklahoma State – Cade possesses all the tools to be a franchise player for whatever team gets the opportunity to select him in the draft. His size and playmaking ability make him a versatile building block for any organization. Cade’s ability to guard different positions just shows the defensive versatility that makes him such a well-rounded prospect.

2) Evan Mobley, USC – Evan is an active player that has the ability to swat everything at the rim and be a lob threat. Evan is a versatile player being able to be a factor on the offensive and defensive side of the ball. The motor Evan has is unmatched compared to other prospects.

3) Jalen Green, G-League Ignite –Jalen’s year in the G-League showed precisely why he had the option to skip college and go pro right away. Jalen has star written all over him with tools not many prospects are equipped with. He proved he could be a shot maker with different levels of competition.

4) Jonathan Kuminga, G-League Ignite – Jonathan, at times in the G-League, looked like the best young prospect on the Ignite. With Jonathan’s smooth skillset looks so appealing with his natural raw ability, he can develop into a superstar in the league.

5) Davion Mitchell, Baylor – Coming off a National Championship, Davion showed exactly what it looks like to be a leader. Davion has a different type of grit that not a lot of prospects have in this draft. Even though Davion is an upperclassman, it’s worth the risk-taking of a guy with so much upside in his game.

6) James Bouknight, UConn – The offensive game that James possesses is a different level of bucket getting. At the point guard spot in this draft, teams look to take a player that’s a gamechanger and will make an impact right away, and the abilities that James has fit that perfectly.

7) Jalen Suggs, Gonzaga – Jalen might have hit the biggest shot in tournament history and showed what a leader is this season as he almost led his team to a perfect season. Jalen was on a loaded Gonzaga team but showed incredible leadership skills and the ability to lead a franchise.

8) Scottie Barnes, FSU – Scottie showed flashes this season of what he can become. Scottie has the potential to be a project with a lot of upside when you look at his frame and the current state of his skillset. His playmaking ability now at his size is a crucial building block for his future.

9) Moses Moody, Arkansas – Moses came into the tournament as one of the best freshmen in the country. But like many newcomers, it’s hard to lead a team to a national championship. In the regular season, Moses proved why he should be in the lottery being a three and D guy that can contribute to an organization at the guard spot.

10) Keon Johnson, Tennessee –Keon athleticism is off the charts and noticeable by many teams in the draft. He showed how important he could be an impactful he can be as a rookie just is a good start to what NBA teams can build on if they select him. Keon is worthy of taking a risk because he shows tools teams can build on at the next level.

11) Kai Jones, Texas – Kai has a lot of potentials that scouts and teams are raving about. With his insane athleticism and long build, he looks more and more like an intriguing prospect. He remains a project with an upside that can hit sooner than later.

12) Cameron Thomas, LSU – Cameron led freshmen this year and scoring, and even though many people have him at the end of the lottery, Cameron is a little bit of a sleeper. He has an NBA-ready skill set to create his shot and make tough shots as he was a focal point on defense.

13) Tre Mann, Florida – Tre was handed the keys this season and didn’t look back. He had the Gators playing great basketball going into the tournament. His playmaking for others makes him such an intriguing prospect, plus his shot-making ability from the three-point line. Teams are oozing about this kid, and now we can see why.

14) Ayo Dosunmu, Illinois – Ayo adds value to any organization on day one when he arrives. He returned this season and improved on almost everything this season and showed why he is an NBA player. His improved three-point stroke and ability to be so versatile at the guard spot give him an advantage over some in this draft class.