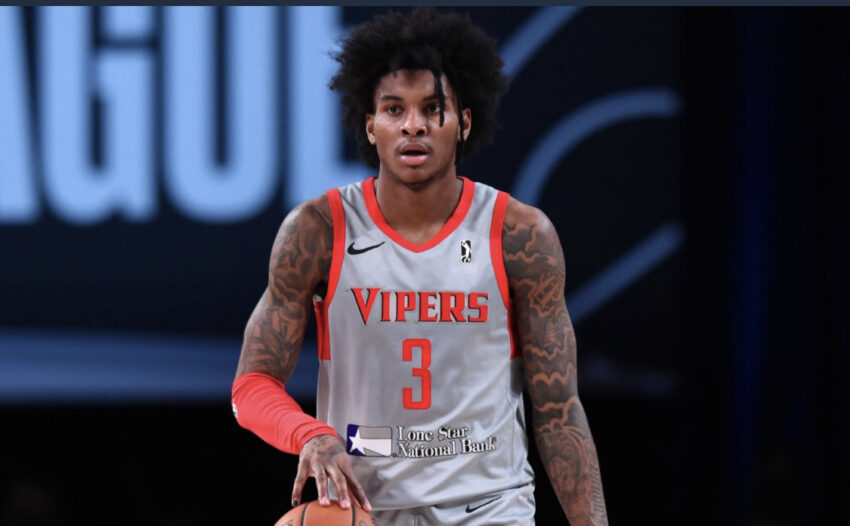 #1 Kevin Porter Jr – Kevin Porter Jr stood out among the rest this season in the G League. From his ability to score at will and his ability to make plays for others helped him excel this season. When the Rockets signed KPJ and assigned him to Rio Grande Vipers they understood his talent level but he met all the expectations the Rockets had for him after his return to play in the bubble. This season KPJ averaged 24.1 points, 7.2 assists, 6.5 rebounds, and 1.5 steal this season.

#2 Paul Reed – Paul Reed was unstoppable in the G League this season! When watching the way Paul played in the bubble at times had observers wondering what couldn’t he do. Paul was filling up the stat sheet every time he stepped on the court. Paul took home player of the week honors in the G League by dominating the League. Paul Reed averaged 22.3 points, 11.8 rebounds, 2.3 assists, 1.9 steals, and 1.8 blocks this season.

#3 Moses Brown – Moses Brown was a force all season long in the G League. Moses Brown’s ability to finish in the paint and attack the glass was key for him this season. Moses started to tap into the potential OKC Blue knew he possessed. Moses finished off the G League season averaging 18.5 points, 13.9 rebounds, and 1.7 blocks this season.

#6 Jalen Green – Jalen Green showed throughout this G League season that he is as advertised. Jalen Green has the ability to keep to the rim at will as well as creating his shot off the dribble. Jalen Green has such a versatile game at such a young age and he is only going to get better. Jalen Green averaged 17.9 points, 4.1 rebounds, 2.8 assists, and 1.5 steal this season. Jalen Green continues to show why he is a hooper and is a projected lottery pick in this upcoming draft.

#8 Nico Mannion – Nick Mannion came in this G League season playing with veterans like Jordan Poole and Jeremy Lin. He didn’t let a loaded backcourt discriminate him as he came into the season ready to show why the Golden State Warriors drafted him. During his time in the G League, Nico showed his ability to be an elite playmaker and make others around him better. Nico averaged 19.3 points, 6.9 assists, and 1.8 steals this season.

#9 Rayjon Tucker – Rayon Tucker was the Heart & Soul of the Delaware Blue Coats. A lot of attention goes out to Paul Reed which is very deserving but Rayjon was just as much of a key contributor as Paul was. Rayjon leadership and toughness helped him be the captain the Blue Coats needed to keep the ship afloat as the team tried to compete for more this season. Rayjon averaged 19.4 points, 4.7 rebounds, 4.1 assists, and 1.2 steal this season.

#10 Jeremy Lin -!Jeremy Lin showed why he is a former NBA player. During his time in the G League, Jeremy showed his NBA player skillset and leadership while playing for the Santa Cruz Warriors. He helped Nico Mannion and Jordan Poole with their development by being a veteran for the young guys. While in the G League Jeremy Lin averaged 19.8 points, 3.2 rebounds, and 6.4 assists this season.