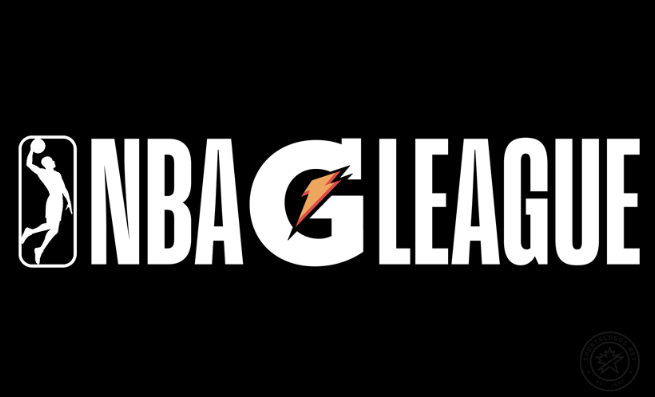 The Agua Caliente Clippers come into the 2021 G League Bubble led by new head coach Paul Hewitt. Without last season leading scorer Jonathan Motley 24 points per game, the team will look to James Palmer Jr who averaged 19.1 point per game last season the team’s second-leading scorer looks to lead the Agua Caliente in the bubble. Rookie guard Jahmi’us Ramsey, the second-round pick for the Sacramento Kings in the 2020 draft averaged 15 points per game in his lone season at Texas Tech looks to make an immediate impact with Agua Caliente in the bubble.

The Austin Spurs were third in the west last year before the season was suspended indefinitely on March 12, 2020. Austin Spurs look to build on last year’s success with Tre Jones, their second-round pick 41st overall running the show. The former Duke guard won ACC Player of the Year and Defensive Player of the Year in the same season. Jonathan Kasibabu was selected by the Austin Spurs with the No. 14 overall pick in the 2020-21 G League Draft. Luka Samanic, the 19th pick in the 2019 NBA draft by the San Antonio Spurs was averaging 15.2 points, 7.8 rebounds in 33 games with the Austin Spurs last season. The San Antonio Spurs are known for finding gems with international players and they are hoping Luka a native of Croatia is the next one.

The Canton Charge had two picks in the first round of the 2020-21 G League draft selecting Antonio Blankley 3rd overall and Anthony Lamb 6th overall. Sir’Dominic Pointer returned this season to the Charge after becoming the first player in NBA G League history to record 80 blocks & 80 steals in a single season last year. As well as leading scorer from last season Levi Randolph returns to the Charge who last season averaged 16.9 points, 5.3 rebounds, 3.4 assist, 1.1 steals per game.

The Delaware Blue Coats come into the bubble after a very active offseason with a lot of trades for players rights such as the acquisition of Ivan Rabb(Westchester Knicks), Braxton Key(Agua Caliente Clippers), and Jemerrio Jones(Rio Grande Valley Vipers) the first pick in the second round of the 2020-2021 G League draft. The Philadelphia 76ers drafted Paul Reed 58th overall from DePaul in the 2020 draft. Paul Reed, a two-way player for the Sixers will play with the Blue Coats in the bubble. Jared Brownridge was the leading three point leader in makes 138 for the Blue Coats last season and ranked 4th in the whole league he will be returning with the team in the bubble.

The Erie Bayhawks come into the G League bubble with four returning players led by Jalen Adams who averaged 19.0 points and 4.7 assist last season with the Bayhawks. The Washington Wizards G League affiliate Capital City Go-Go will not be in the bubble this season and are sending four players to the Bayhawks as flex affiliate players with Jordan Bell the former NBA Champion with the Golden State Warriors playing with the Bayhawks from Capital City Go-Go. As well as two affiliate players in Justin Wright-Foreman and Rawle Alkins to round off the ten-man roster.

The Fort Wayne Mad Ants will be led by coach Tom Hanks who is the seventh head coach in Mad Ants history. Josh Gray comes to the Mad Ants as an affiliate player. Last season Josh ranked fifth in the G league in scoring averaging 22.5 points per game while averaging 7.3 assists, 5.1 rebounds and 2.4 steals in 37 G League games. The Indiana Pacers sole draft pick in the 2020-2021 Cassius Stanley 54th overall will be Indiana’s two-way player that will be in the bubble with the Mad Ants.

The new highly anticipated G League Ignite are ready for their first inaugural season led by head coach Brian Shaw. The Ignite will be led by consensus five-star recruit Jalen Green the 6’6′′ and 178 pounds 2021 projected 1st round pick. Jalen Green, the number one player in the Nation according to 2020 ESPN top 100 coming out of highschool is joined by Jonathan Kuminga the fourth ranked player in the same highschool class. The Ignite will not just consist of the top highschool players that opted to take this route. NBA veterans such as Jarret Jack, Bobby Brown, and Amir Johnson will bring experience and leadership for this group of young men straight out of high school.

The Greensboro Swarm enter the G League Bubble after drafting Admiral Schofield with the No. 1 overall selection in the 2020-21 NBA G League Draft. In the second round of the NBA draft the Charlotte Hornets drafted Vernon Carey 32nd overall from Duke and Grant Riller 56th overall the four level scorer from the College of Charleston will be in the Bubble playing for the Swarm this season. Coach Jay Hernandez will be at the helm this season for the Swarm as this is his first year as head coach of the Swarm.

The Iowa Wolves selected Allonzo Trier 4th overall and Dakarai Tucker 17th overall in the 2020-21 G League draft. Allonzo Trier is known for getting buckets hint the nickname Iso Zo and with the loss of last year’s leading scorer Keita Bates-Diop 22.5 points per game the Wolves will look for Allonzo to fill that void. Ashton Hagans joins the Iowa Wolves on a two-way contract after averaging 11.5 points, 6.4 assist, and 3.9 rebounds during his sophomore season at the University of Kentucky.

The Lakeland Magic had one of the best G League stories last year with Andrew Rowsey he came in scorching hot the sharpshooter averaged 19.3 points while shooting 47% from three point range. Andrew will be the returning leading scorer for Lakeland Magic. In the 2020-2021 G League draft the Magic selected Tahjere McCall 5th overall and DJ Hogg 8th overall. Karim Mané signed a two-way contract with the Orlando Magic and will play in the bubble with Lakeland. Mané played last season with Vanier College averaging 15.9 points, 7.9 rebounds, 5.4 assist, and 2.1 steals.

Bret Brielmaier will be the head coach of the Long Island Nets after being an assistant for four seasons with the Brooklyn Nets. The Dallas Mavericks two-way forward Tyler Bey and two-way guard/forward Nate Hinton will be with the Long Island Nets to participate in the bubble. The Brooklyn Nets have assigned Elie Okobo to Long Island to participate in the bubble. Elie recently played for the Phoenix Suns in (2018-2020) while starting 19 times while in Phoenix.

The Memphis Hustle selected two players in the first round of the 2020-21 G League Draft. With those two picks Memphis selected Freddie Gillespie 2nd overall who at Baylor University Gillespie ranked third in the Big 12 in total rebounds (271) and blocks (66) during the 2019-20 season and Anthony Cowan Jr. 16th overall whom was named a 2019-20 Wooden Award Finalist, given to the nation’ top college basketball player while in his final season at Maryland. Guard Tyrell Terry from Dallas Mavericks and Sam Merrill from the Milwaukee Bucks have been flex assigned to the Hustle roster in the Bubble. The Memphis Hustle acquired David Stockton in a trade with the South Bay Lakers in exchange for the returning player rights to Dusty Hannahs.

The Oklahoma City Thunder has assigned Ty Jerome who was acquired from the Phoenix Suns and Aleksej Pokuševski their first round pick 17th overall in the 2019 draft to Oklahoma City Blue. In the 2020-21 G League Draft the City Blue selected Zavier Simpson 7th overall who averaged 12.9 points, 7.9 assist, 4.5 rebounds per in his senior season at the University of Michigan. Two other players were selected in the G league draft with Zavier in the first round City Blue selected Vincent Edwards 13th overall and Rob Edwards 37th overall in the second round out of Arizona State University. On the coaching staff the City Blue make an addition on the coaching staff by adding Bradford Burgess as an assistant coach on Head Coach Grant Gibbs’ staff.

Patrick Mutmbo, a native of the Democratic Republic of Congo, becomes the fourth head coach in Raptors 905 history. In the 2020-21 G League draft the 905 added offensive weapons in Kevon Harris 11th overall who at Stephen F. Austin (2016-2020), leaves the school as the all-time leading NCAA Division I scorer with 1,833 points. It didn’t stop there the 905 selected Gary Payton II 15th overall who averaged in his four seasons in the G League he has posted 16.2 points, 7.2 rebounds, 4.8 assists and 2.4 steals in 31.4 minutes. With Henry Ellenson returning to the team as the leading scorer 21.8 ppg while averaging 9.2 rebounds last season in the G League.

In the 2020-21 G League draft the Rio Grande Valley Vipers added Armoni Brooks 10th overall who at College Park Skyhawks averaged 44.6% from the field and 39.5% from beyond the arc, totaling 96 three-pointers. The Vipers selected Jarron Cumberland 12th overall while in his senior season at the University of Cincinnati averaged 15.5 points, 3.8 rebounds, 4.9 assists and 1.0 steals. The Houston Rockets two-way player Mason Jones will play with the Vipers in the bubble. The young guard out of the University of Arkansa has already had some solid games in the NBA and will be expected to continue his consistent play in the bubble.

The Santa Cruz Warriors get a blast from the past as Jeremy Lin who over 9 NBA seasons averaged 11.6 points, 4.2 assists, 2.8 rebounds will rejoin the Warriors in the Bubble. Nico Mannion, rookie guard drafted 48th overall from the University of Arizona in the 2020 NBA draft by the Golden State Warriors will enter the Bubble with Santa Cruz. The Santa Cruz Warriors added two-way player Juan Toscano-Anderson from the Golden State Warriors to the Santa Cruz roster. In the 2020-21 G League draft the Warriors didn’t have a pick in the first round but used the 28th overall in the second round on Selom Mawugbe from Azusa Pacific where he averaged 16.9 points in his senior season.

With the 9th pick in the G League draft the Westchester Knicks selected Justin Patton who in seven games with the Wisconsin Herd averaged 12 points, 6.6 rebounds and 3.4 blocks per game. Going into the 2020 NBA draft Myles Powell had a lot of hype as an elite scorer but ended up going undrafted and signed a two-way contract with the New York Knicks and looks to show his offensive game in the Bubble. The Knicks add two former Kentucky Wildcats in guard James Young and forward Skal Labissière.