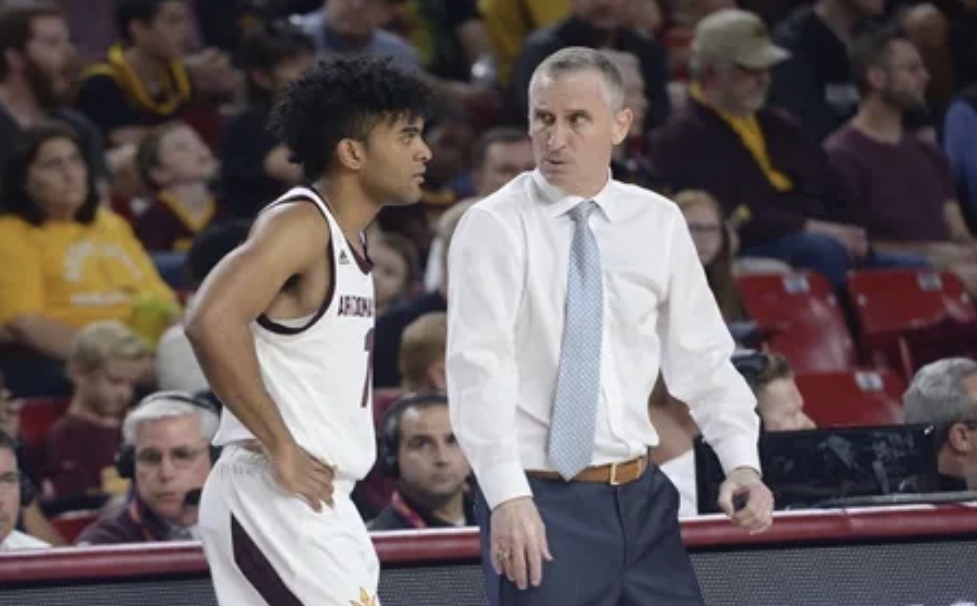 The day when coach Bob Hurley accepted the Arizona State position his goal is to become a complete team. Currently he is building that foundation in Tempe and is a preseason top 25 program who can make some noise this upcoming 2020-21 college basketball season.

The Sun Devils will be traveling East and was scheduled to play Baylor in which a few experts have them preseason number one, however due to Baylor coach Scott Drew being tested positive for the Covid 19, they will end up playing against Rhode Island at the Mohegan Sun Arena in Connecticut.

Understanding with things being in the air due to the Coronavirus, I like the ASU chances of being one of the best teams in the Pac-12 this season. Bob Hurley Jr is heading into his sixth season as the Devils head coach with a 93-69 record (135-89 overall). The season ASU is loaded with two key seniors with Remy Martin (19.1 PPG) and Alonzo Verge Jr. (14.6 PPG). They are join with two incoming freshmen Josh Christopher (5-star) and Marcus Bagley (4-star; brother of Marvin Bagley) which is why the expectations in Tempe are high.

Remy Martin is a candidate for player of the year, he decided to withdraw from the 2020 NBA draft and returned for his senior campaign. Martin averaged 19.1 points per game (33.5 percent from then three and 61.3 percent field goals) along with 4.1 assists per game and 1.5 steals per game.
Martin a 6-1 Point Guard is named to the Associated Press preseason All-American team becoming the first ASU player to receive it since Ike Diogu in 2003-04.

The other key senior will be 6-2 guard Alonzo Verge who was the 2020 Pac-12 6th man of the year. Verge averaged 14.3 points per game, 3.5 rebounds, and 2.3 assists per game coming off the bench which led the nation. Last season he sprained his right wrist after his season debut and missed three games after reaggravating the injury in practice. He had season high of 43 points coming in a non-conference loss to St. Mary’s. He also hit a game-winning layup in a 66-65 win over rival Arizona in Tempe coming back from a 22-point deficit to win the game. Verge also declared for the 2020 NBA Draft along with Remy Martin and decided to withdraw his name and comeback to ASU.

Marcus Bagley a 6-7 forward who averaged 22.0 points, 8.8 rebounds and 2.8 assists. at Sheldon High School in Sacramento. Bagley’s size and skill adds a different dimension to ASU offense. He has great leaping ability, combined with his handles, attacking the rim, and nice stroke. Bagley’s grandfather Joe Caldwell was a star back in the 60’s averaging nearly 20 points (18.3) over the course of three seasons. He went on to be selected second overall in the 1964 draft by the Detroit Pistons. His brother Marvin Bagley plays for the Sacramento Kings.

Arizona State has made it to the NCAA tournament for two consecutive seasons since 1980 and 1981. Also, they haven’t been to the Sweet 16 since 1995. However, it heading in the right direction in which they could go further this season and in the near future.