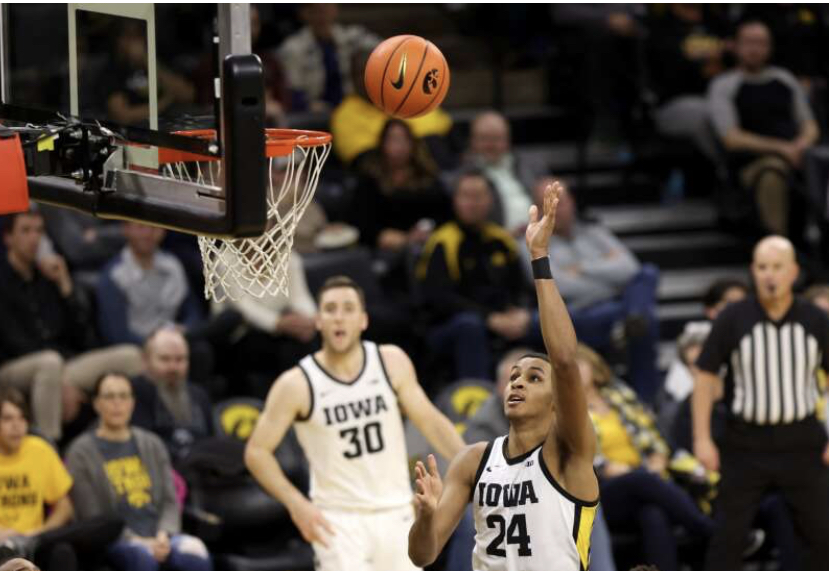 There is something so entertaining about watching siblings go head-to-head on the basketball court. In the NBA, some notable pairs have been able to play alongside each other. To mention a few: Giannis and Thanasis Antetokounmpo (Milwaukee Bucks), Justin and Aaron Holiday (Indiana Pacers), and JR and Chris Smith (New York Knicks). It seems coaches know that when pure athlete blood runs through one, it must run through another.

In 2019, the Holiday brothers on the Pacers made history when taking on the Pelicans, for whom their eldest brother Jrue Holiday was a player. It was the first time in NBA history that three brothers were playing on the court at the same time. But why is this so special?

Siblings, especially brothers, play with a different dynamic than just average teammates. They know exactly how each other think, how each other play, and what each other’s next and future moves are. They play with synchronicity.

So is that why Iowa basketball has been so successful over the last few years? While the Hawkeyes are known for putting up big numbers, what might be less known to the average basketball fan is just how close the Iowa teammates are.

In case you did not know, their head coach Fran McCaffery has two of his sons on the roster: Patrick (RS Jr) and Connor (Graduate Student). Not only that, but from 2020-2022 he also had a pair of identical twins doing damage on the court: Kris and Keegan Murray.

This cohesive roster brought success to the Hawkeyes. It positively impacted their game up until the NCAA tournamentin 2022, where they lost to Richmond in the first round. This season the waters will be tested. While both McCaffrey sons are still here, Keegan Murray was picked up by the Sacramento Kings in the first round of the NBA draft. His brother, Kris, decided to stay with Iowa for his junior year.

While these siblings have been assets to the team, Iowa’s stacked roster will prove to be successful if they can sync up in similar ways they have done in the past.

For the first time in his life, Kris Murray will play a season without his brother. While others might doubt his skill set as an individual, they should rest easy knowing his talent is shining through without a shadow being cast from his brother’s talent. Kris Murray is working hard, putting up the numbers, and elevating his game to a threatening degree.

Head coach McCaffrey praises Murray when he says, “He’s way more comfortable, whether it’s making plays off the dribble, posting up, playing in transition, playing against zone, playing against smaller, quicker guys or bigger, more physical guys. He’s been through it now. Last year was a really good year for him. He’s in a great place.”

Murray utilizes a versatile offensive game. He shoots from deep with a solid lefty stroke and is improving his ability to shoot accurately off the dribble.

The Hawkeyes blew away Georgia Tech last week and Kris Murray made his presence known with some impressive stats. In the last 20 years, Kris Murray is the only NBA, WNBA, or Division 1 men’s or women’s player to have put 30+ points, 20+ rebounds, 4+ 3-pointers, 4+ assists, and 2+ blocks in a game. ESPN reported that Murray became the first major conference player with 30 points, 20 rebounds, and four 3-pointers since Kevin Durant of Texas in 2007.

Kris Murray is already making history books this year. Is it possible his twin brother was holding him back from reaching his full potential?

The Hawkeyes took on the Blue Devils Tuesday evening at The Garden. Iowa’s shot game was less than inspiring, shooting 40 percent from the floor and 18 percent from three. Kris Murray struggled to get things going as he did against Georgia Tech. It took him almost 10 minutes to sink a basket. But once he did, Murray stepped on the gas and made back-to-back baskets, leading Iowa early with 6 boards and 3 assists.

However, Duke was ready and prepared to match up bodies with Murray’s skills. The Blue Devils glued defenders on him, forcing Iowa to make plays without him for most of the game. Murray ended with 8 points, 3 assists, and 7 boards. A frustrating matchup for Kris Murray, however, everyone knows Duke’s potential and if they are that concerned about an opposing player, then that player must be a huge threat throughout the entire league.

Kris Murray will need to find his rhythm against solid defensive teams if he is going to be able to lead stats and carry the Hawkeyes to victory. Even with how powerful a team like Duke is, the Blue Devils are still only ranked 24th in defensive efficacy. So if their bodies are proving to be a problem for Murray, then there is a good chance the Big 10 powerhouse of a defensivegauntlet will be too.

Purdue, Wisconsin, Illinois, Indiana, and Rutgers all have stellar defensive skills. Not to forget Iowa State, who the Hawkeyesplay Thursday evening, and are currently ranked 13th in defensive efficacy. It is crucial that Iowa gets in sync and sinks their shots in upcoming games. The Iowa Hawkeyes need Kris Murray to play consistently and run the court with confidence in order for them to be successful this season.