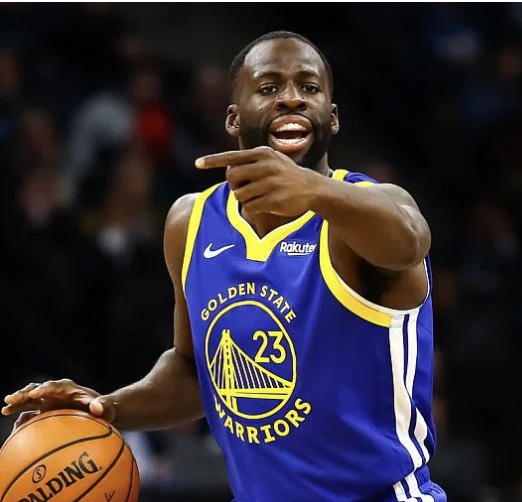 Draymond Green has been an impact player for the Warriors ever since they drafted him with the 35th pick of the 2012 NBA Draft. Prior to his arrival in the Bay Area, the Warriors had gone through four consecutive losing seasons, missing the playoffs in each season as well. In his first season, he played in all but three of their games that year logging about 13 minutes per game. His stats were not pretty – averaging three points and three rebounds per game – but Green’s impact on the game does not show up in the box score.

What Draymond Green does on a basketball court cannot be accounted for with a stat. There is a reason that the Warriors have missed the playoffs only twice during his eleven-year career. It is also worth noting that all three of Stephen Curry, Klay Thompson and Green were hampered by injuries those two years. It is also worth noting that they won another NBA Finals once they all got back on the court together. What is this stat that Green is best at but does not show up in the box score? That stat would be winning.

Draymond Green is a winner, plain and simple. His first year at Michigan State he helped take the team to the National Championship, where they lost to a North Carolina squad that pumped seven players into the league. Entering his eleventh year in the NBA, he has made the playoffs eight out of the possible ten times. He has made it to the NBA Finals six out of his ten years in the NBA. He has four NBA titles under his belt. He beat LeBron James in the finals three separate times. If this does not fit the description of a winner, I don’t know what does.

Plenty of NBA teams can use Draymond and his services if they are looking to win. And by plenty I mean every single team in the National Basketball Association. Don’t believe me? Just ask Steph Curry, a man who needs no introduction. When SI reporter Joey Linn asked Curry about Draymond’s impact on the game, Curry said, “It’s indispensable in terms of he just fills a lot of holes. His leadership, his demonstrative nature, his IQ on the court. To impact the game with some of the stat-lines he has… He’s such a unique player in that respect. Kinda carving out his own lane. It works when everyone is working around him. He’s just very heady on both sides of the ball. You can’t really teach that.”

Of course, with Draymond Green comes some controversy. Not that kind of controversy, but controversy meaning that he is one that is not afraid to speak his mind or show his emotions. On the court he is one of the most animated characters the NBA has seen. If he’s not jawing at the opposing team, he is constantly moving and talking to his own team to get them in the best position to win. This past offseason, Green found himself in a lot of trouble when TMZ leaked a video of him punching teammate Jordan Poole in the face. Anyone who has played a team sport and been in a locker room knows that disputes and disagreements happen, but never to this level. Following the incident, Green took a week away from the team, received a fine of an unspecified amount, and no suspension.

With Green’s free agency looming, it is fair to speculate that the incident had something to do with Poole receiving a four year, $140 million extension. Even though the incident happened before Poole received his extension, it was reported that Poole’s behavior had changed once he knew he was on the verge of securing a lucrative extension, according to Chris Haynes. The report says that there was a “buildup stemming from teammates noticing a change in Poole’s behavior throughout camp”. Even if Poole was walking around toting himself as the next hotshot, Green’s actions were unwarranted and immature. He knew it too, as he publicly took blame and apologized.

Green could become a free agent after this season if he decided to opt out of his $27.5 million contract next season. If he does not receive an extension offer, it is going to be hard to see Green going back for almost ten million less than what Jordan Poole would be making in a year. If the Warriors were to balk and let Draymond test the waters, a plethora of NBA teams will come running towards him with bags full of money. He can turn any team into a playoff team, and he does not need to have Stephen Curry by his side in order to do so. NBA teams everywhere can use him and his defensive leadership, especially in a league that is mainly focused on offense. Teams to look out for if the Draymond sweepstakes do become a thing are the Blazers, Lakers, Heat, and Hawks. Draymond’s impact on the game is unmatched, and there aren’t many players in the league that can do what he does at such a high level.