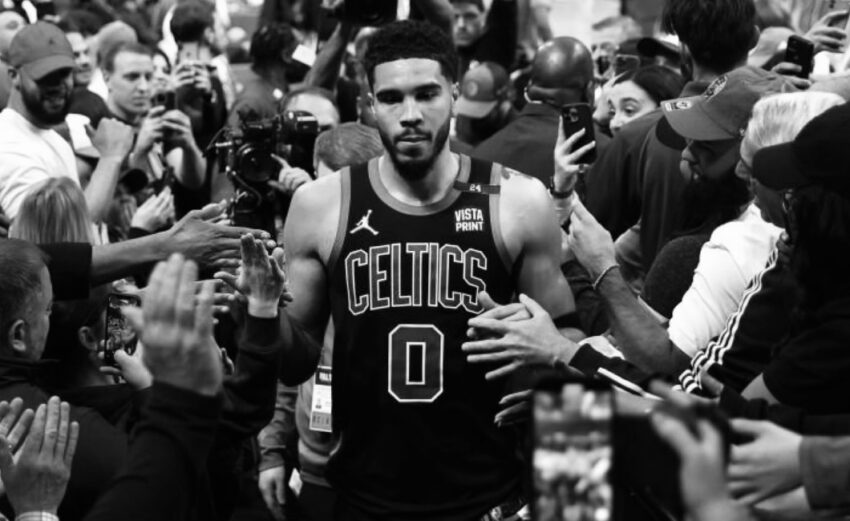 The Boston Celtics were involved in a back and forth affair at TD Garden against the Nets in Game 1 of their first-round NBA Playoff series. Boston held an 11-point lead heading into the fourth quarter before the combination of Kyrie Irving and Kevin Durant stepped up for the Nets. As the two teams exchanged leads in the final moments, then Kyrie Irving three pointer gave Brooklyn the lead with less than a minute left.

The Nets was up 114-113 and Kevin Durant missed three point shot with 15.0 seconds remaining gave Boston the opportunity to clinch the game winning basket. Al Horford secured the rebound on the Durant miss and Jaylen Brown found Smart wide open on the left side, passed on the shot and threw across the key to Tatum, whose catch-and-shoot game winner.

Jayson Tatum finished with a team-high 31 points for the Celtics. Jaylen Brown had 23 points and Marcus Smart and Al Horford scored 20 points apeice. Kyrie Irving had a game-high 39 points for Brooklyn. Kevin Durant finished with 23 points, while Goran Dragic had 14 points in defeat.