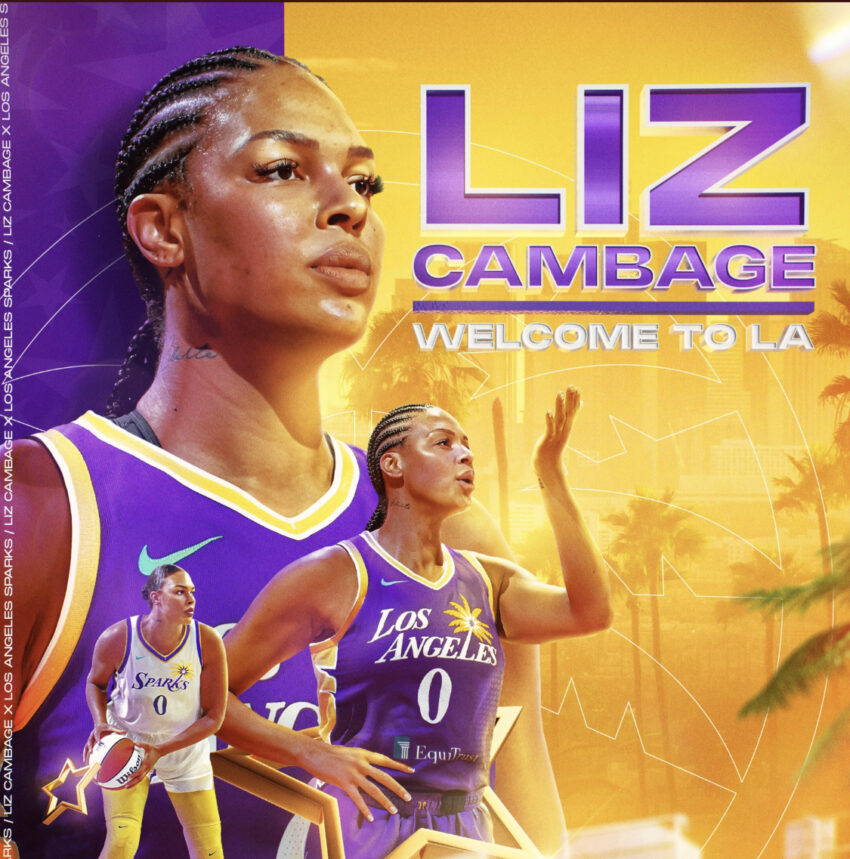 In February 2022, Liz Cambage signed a one-year contract for $170,000 with Los Angeles Sparks. Cambage mentioned she waited eleven years to join the franchise, and she’s ready to help them win a championship in the 2021-2022 WNBA season on May 6, 2022.

Elizabeth “Liz” Cambage is an Australian WNBA player currently for the Lost Angeles Sparks and has an average score of 16.3 points and 1.5 points per game.

She’s awarded 2018 WNBA Peak Performer and All-WNBA First Team and 4x WNBA All-Star. Outside of her career, Cambage has another passion for DJ events for music artists, listen various music content, and running her store, Vitadrop, in Australia.
At 19 years old, Cambage joined the Tulsa Shock; however, she commented that she didn’t want to play for the Tulsa Shock, and she joined WBNA to learn and improve her gameplay.

After being away from competing for five years, she returned to the WNBA and played with the Dallas Wings in one season. On January 22, 2019, Cambage trade-in to the Las Vegas Aces and played for two seasons.
The Los Angeles Sparks announced on Twitter that they had signed Liz Cambage to the team, and she changed her number eight to zero for the respect of the former WNBA player Delisha Milton-Jones. The team hasn’t won a championship title since 2016, and now they have a chance to capture their fourth Championship with Cambage’s help.

The Los Angeles Sparks’ Coach and General Manager Derek Fisher stated that the factor that brought Cambage to the team is her passion and willingness to deal under the maximum league payment.

As the upcoming season is a few months away, Cambage excites for the big event as she awaits to help the Sparks get back on her feet to the finals and become the 4x Championship titles.