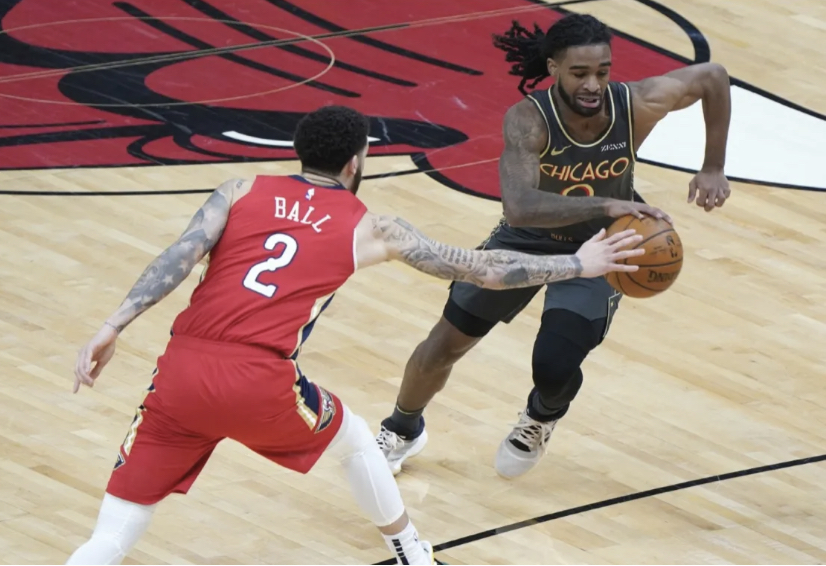 The NBA’s free-agency period has already gone — for the most part — in a blur of transactions, with all of which becoming official after the legal signing period began on August 6th (last Friday).

With that being said, there were plenty of notable names that made the free-agency rounds, and some of which will definitely lead to having a big impact on their new team’s future success.

One such team that made two notable sign-and-trades this offseason was none other than the Chicago Bulls. The Bulls — who had made a midseason trade to acquire All-Star Nikola Vučević from the Orlando Magic — made sign-and-trade deals for both Lonzo Ball, formerly of the Pelicans, and DeMar DeRozan from the Spurs. Both of these moves show the sense of direction acting vice president of basketball operations Artūras Karnišovas has for the team, and definitely implies that the Bulls are entering this upcoming season with a “win now” mentality.

Nevertheless, the oncourt fit makes sense for a team that lacked a true point guard who could distribute last year. Ball fits this role perfectly, as his assist-to-turnover ratio of 2.57 last year ranked just outside of the top fifty league-wide. He has also improved his consistency from three, shooting about 38% from behind the arc the past two seasons in New Orleans. Ball’s other sign-and-trade counterpart, in DeMar DeRozan, also fills a need for the Bulls roster this offseason.

Last season, Chicago was unable to find a consistent scoring punch other than their All-Star guard Zach Lavine. When Lavine was off the court, either due to rest or injury, the team struggled getting consistent basket-making from their role-players; adding a player of DeMar DeRozan’s caliber helps solve this issue. DeRozan, who has proven his ability to find ways to produce consistently on the offensive end of the floor, helps with scoring load when Lavine is either on or off the court, and can provide a spark for the team when most needed. DeRozan has also been able to redefine his role on teams before in the past, doing so with the transition to San Antonio, so making any sort of adjustments to his game is something that can be argued as comfortable for the once All-Star.

Another notable name that signed with a new team is former Brooklyn Net, Spencer Dinwiddie, who was part of a five-team sign-and-trade that sent him to the Washington Wizards. This move is substantial from both Dinwiddie and the Wizards’ perspectives respectively. For one, the Wizards were desperate to get a young, up-and-coming point guard to pair with Bradley Beal — someone that aligned more with Beal’s age and contract timeline. This was part of a series of moves the Wizards did in an effort to flip draft capital for young personnel and talent, which by all accounts, has pleased Beal in his potential stay.

As previously mentioned, this sign-and-trade was also substantial for guard Spencer Dinwiddie, this for a number of factors. For starters, Dinwiddie was coming off a year in which he only played a select amount of games before going down with a season-ending achilles injury. With that said, to have an opportunity on a deal like the one he got from Washington is not common for a player who missed a substantial amount of time — and a player who has missed time previously in the past.

Dinwiddie has shown flashes of what he could be as the lead point-guard on a young team before, having a breakout campaign with the Nets during the 2019-2020 season. This leads into the next reason for Dinwiddie being a major beneficiary in the deal: he gets the opportunity to be the lead distributor on a team. With Beal being the clear-cut scorer and playmaking leader on the floor, Dinwiddie is now provided the opportunity to be the leading distributor and assist man, also making for a great scoring and creating pairing alongside Beal. Dinwiddie could also command a Beal-like scoring role while Brad is resting, and has again, proven to be able to do so in the past.

In closing, these are just a few marquee names from this offseason’s free-agency period, and only time will tell which one of these moves will pay off in the near or distant future.