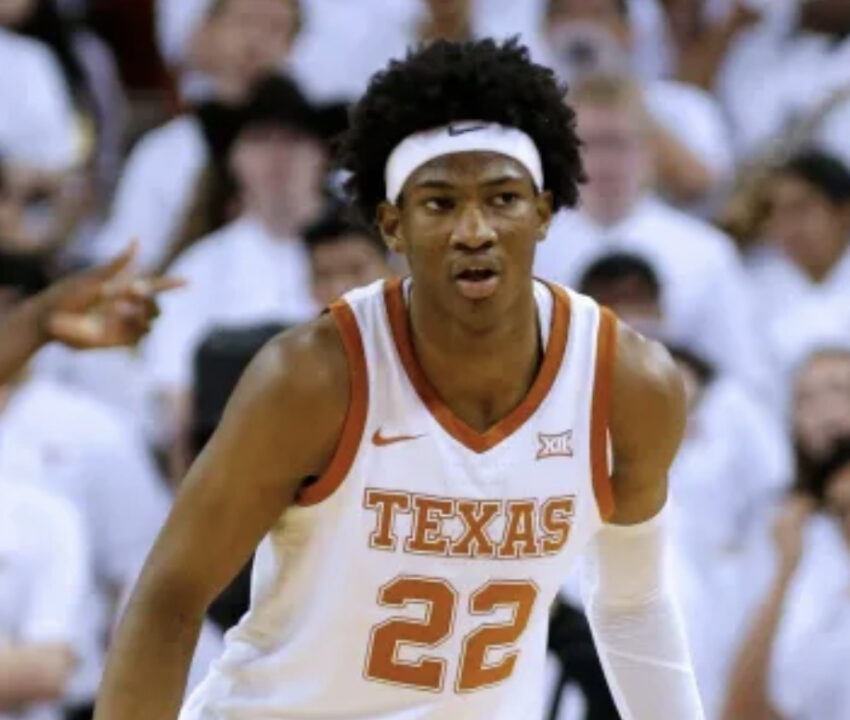 The NBA over the years has transitioned its playing style to almost a positionless style of play. As we see more power forwards stretch the floor now by expanding their game to the three point line has made power forwards super valuable to a team. Looking at this draft there are many power forwards with the potential to impact an organization now or in the future. With that, Anthony Forrester takes a look at his top Power Forward prospects in this year’s 2021 NBA Draft.

1) Kai Jones, Texas – Kai Jones, the 6”11 power forward, is a very intriguing prospect in the 2021 draft. His size and athleticism give him versatility on the floor. Jones’ active hands and energy will help him as he transitions to the NBA game. His ability to rebound at a high level mixed with his shot blocking ability will help him make an impact on the court. Kai can shoot the three at a decent clip which makes him a stretch big that can help open the offense for a team.

2) Isaiah Jackson, Kentucky – Isaiah Jackson is a menace on the defensive end with his active motor he is always looking to make an impact on the defensive end. Jackson is always getting out in transition and plays above the rim when getting to the basket. Jackson is shifty for his size and can take a defender off the bounce when he gets face up opportunities. His second and third jump are crucial parts of his games as it helps rebounding tremendously. With his physical tools and at his age (19) being one of the youngest players in this draft makes him a prospect with time to develop.

3) Usman Garuba, Spain – Usman brings a lot of energy on the defensive end as well as being effective in the pick and roll on the offensive end. Most of Usman’s offensive game comes from points in the paint that consist of dunks, lay ups, and back to the basket. Usman has potential to stretch his game to the mid range and three point line by trying to develop it. Usman ability to be a good help defender and shot blocker on the weak side. His frame gives him an advantage as an elite offensive rebounder.

4) Greg Brown, Texas – Greg is a defensive minded player that has all the defensive fundamentals you look for in a player. His ability to get out in transition makes him a serious threat with his size and athleticism. Greg brings energy to any line up with his potential on the defensive side and the ability to be a good shot blocker. Greg will need to focus on his offensive game by expanding it to the mid range and three point line if he really wants to try and add more to his offensive game.

5) Roko Prkacin, Croatia – Roko’s game looks so effortless as he is a smooth combo forward with a high level skill set. Some key parts of his game are his court vision and high basketball IQ. He has the ability to play point forward with his handles and size make him a versatile player. Roko has the ability to take his man off the dribble and create his own shot when getting in the lane with his fast first step.

6) Jeremiah Robinson-Earl, Villanova  – Jeremiah’s skill set is so versatile the ability to make plays for his team, handle the ball, and knock down jumpers from the perimeter. He has an elite level IQ that will help him adjust to the league. Jeremiah is a threat in the open court and that is a reason his game will adjust more in the NBA. Jeremiah is not afraid to make the extra pass he played on a Villanova team that is known for making the extra pass.

7) Matthew Hurt, Duke – Matthew is a very good shooter from deep and is a solid low post scorer which makes him a versatile offensive weapon. Matthew can play multiple positions that is key for him to be able to help where he fits in. At times he was an adequate playmaker in college so will see if that translates to the league. Matthew will need to get better with finishing in traffic which he struggles with. Matthew will need to take care of the basketball and work on limiting his turnovers.

8) Isaiah Todd, G League Ignite – Isaiah displayed flashes of his potential in the G League bubble this year with a star studded Ignite team. Todd has the length and athleticism of the modern day big in the NBA. Isaiah is a young promising player with his ability to score from all three levels as his game continues to develop. Isaiah will need to focus on his frame as he will need to get stronger when he transitions to the league. Isaiah will need to improve on his shot from deep as well as his free throw percentage as that will help him as he enters into his rookie season.

9) RaiQuan Gray, Florida State –Florida State University has been known for producing NBA players as they have been a top program under Coach Hamilton. RaiQuan is the newest Seminole to have the opportunity to reach his goal of playing in the NBA. RaiQuan has a physical frame that helps him hold his own in the paint against stronger and taller players. RaiQuan is a versatile player with his ability to play point forward and facilitate the offense. RaiQuan’s offensive game is using his strength to get to the basket and hit runners from mid range.

10) Isaiah Livers, Michigan – Isaiah is a tough nose player that is always going to make the right play for his team. Isaiah doestn project to be a leading scorer but could potentially be a glue guy for an NBA roster. His shot selection has always been excellent and it will help if it happens at the next level as well. Isaiah is an older prospect being born in 1998 but it just shows his body is ready and he could contribute right away. With Isaish style of play he could potentially be a 50/40/90 guy in the NBA one day.