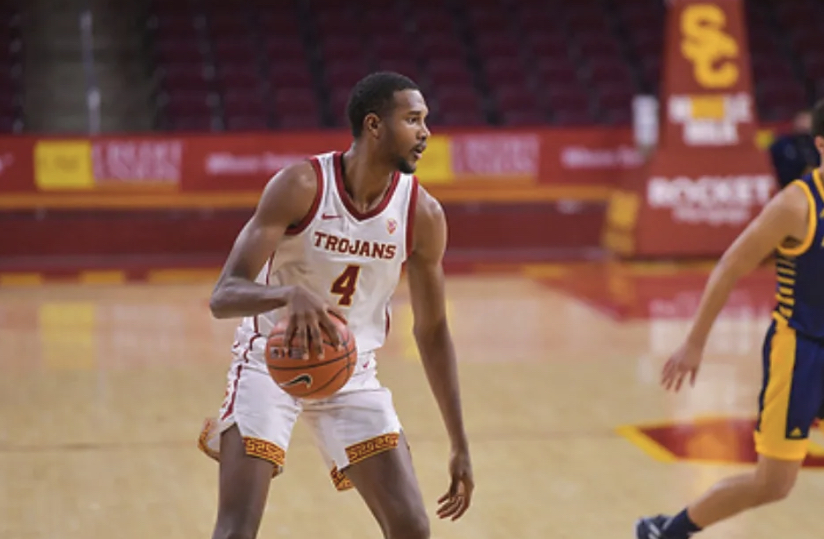 The NBA game has seen the era of the traditional big men turn into stretch bigs to hit the outside shot. As we see some centers expand their game to the three point line it’s another skill set we are getting to see from this era of centers. Looking at this draft class there is a mix of prospects that have potential at the center position to make an impact on an organization. With that, Anthony Forrester takes a look at his top Center prospects in this year’s 2021 NBA Draft.

1) Evan Mobley- USC: The big man from USC has so much upside potential at his age and with his length and athleticism. Evan has a tremendous basketball IQ as well as an advanced skill set. His ability to rebound on both ends at an effective rate makes him an exciting prospect with his ability to show the extra effort to crash the offensive glass. On the offensive side Evan can make plays in transition with his good hands and ability to finish above the rim. Evan has a nice shooting stroke as well as handles to compliment his offensive game. Evan seems like a lock for a top 3 pick with potential to go number 1 in the 2021 NBA Draft.

2) Day’Ron Sharpe- UNC: Day’Ron is an exciting prospect coming out of UNC. He is a strong big man that affects the game in many ways from his ability to set solid screens in the pick and roll and make good decisions. To his ability to run the court in transition, as well as his interior defense, and rebounding ability. In this draft class Day’Ron is one of the best interior scorers at his position but also has the ability to create his own offense by making plays off the bounce. Day’Ron is a good passer and that will help the young rookie adjust as he transitions into the league.

3) Luka Garza- Iowa: Luka Garza was the best player in college basketball this previous season. Luka has an elite skill set that hasn’t been seen by many players in college basketball last season. His strength at his frame makes him a problem to handle in the paint. Luka’s offensive game has improved over the years, especially being able to develop his outside scoring and finding different ways to score around the rim. He isn’t a projected lottery pick because people believe he lacks mobility and burst of speed but he will shock the doubters with how his game translates to the next level.

4) Kofi Cockburn- Illinois: Kofi plays like an old school player but an updated version. Kofi has a massive frame that aligns with his physicality he plays with in the paint. Kofi is a very productive scorer in the paint out of the post. Kofi is a monster on the glass and that is something he takes pride in as it is displayed in his performance. Kofi has such a strong presence on the floor as well as being a very good interior defender. Kofi will be a very good addition to the organization that selects him.

5) Ibou Dianko Badji- Senegal: Ibou athleticism makes him such an intriguing prospect at 7’1”. Ibou will make a name for himself in the league on the defensive end with his elite shot blocking ability and fierce interior defense being a problem for anyone in the paint. Ibou has shown signs that he can develop his ball handling skills and jump shooting ability. Ibou plays above the rim and is a dominating player in the paint with his face up game and post offense. Ibou is a prospect that has a high ceiling and could end up being one of the top big men to come out of this draft class.

6) Sandro Mamukelashvili- Seton Hall: Sandro is a 6’11” center with guard skills. Sandro can take his man off the bounce as well as handle the ball in the open court to start the break and get points in transition. Not only does he possess handles at the center position but he has a well rounded offensive game with his ability to shoot the ball and his passing ability. He is very effective in the pick and pop with his ability to hit shots and be a playmaker. Sandro’s ability to slash in the lane makes him a threat on the offensive end by creating offense. Sandro will need to improve on the defensive end as he transitions to the league but his offensive game will help him get on the court.

7) Ariel Hukporti- Germany: Ariel is a force in the paint being an excellent shot blocker with his quick reaction ability to get off the ground with urgency. On the offensive end most of Ariel’s points come from in the paint from layups and dunks but he has shown that he can hit the three point shot occasionally and looks like he can really improve that part of his game as he develops in the league. Ariel can have an impact on the game with his ability to run the floor, rebound, and interior defense. Some may view Ariel as a project but his NBA body frame and his ability to move well at 7 feet make him an intriguing prospect.

8) Charles Bassey- Western Kentucky: Charles is an intriguing prospect that has a good defensive skill set. Charles has great mobility with his 6’11” frame that allows him to get by defenders in the open court with his quickness and effort level. Charles does all the work you could ask for in a center he rebounds, sets screens, and cuts to the rim. Charles is a good shot blocker and that will help him as he tries to get minutes in the NBA. Charles is a projected second round pick but shows flashes of being a higher ranked projected pick.

9) Alperen Sengun- Turkey: Alperen has a bigger frame that he uses to his advantage. In the Turkish League Alperen played in his offensive style and would bully the ball down low. He will need to improve his finishing around the rim as in the NBA as he won’t be able to play bully ball at his size 6’9”. In the Turkish League he had a high field goal percentage; we will see if that translates to the next level. Alperen has good vision in the post and shows flashes of being a good passer at the next level.

10) Jericho Sims- Texas: Jericho plays with energy and it shows with him being a force in the paint on both ends. Jericho has a very strong frame and that just makes him even more of a factor in the paint with his good leaping ability. Jericho is not afraid to get dirty with his effort on the glass, to him setting screens, and protecting the paint. Jericho’s offensive game will need to improve as he transitions into the pro game but he has time to develop that in the league because his role will not be to score from outside the paint in the beginning.