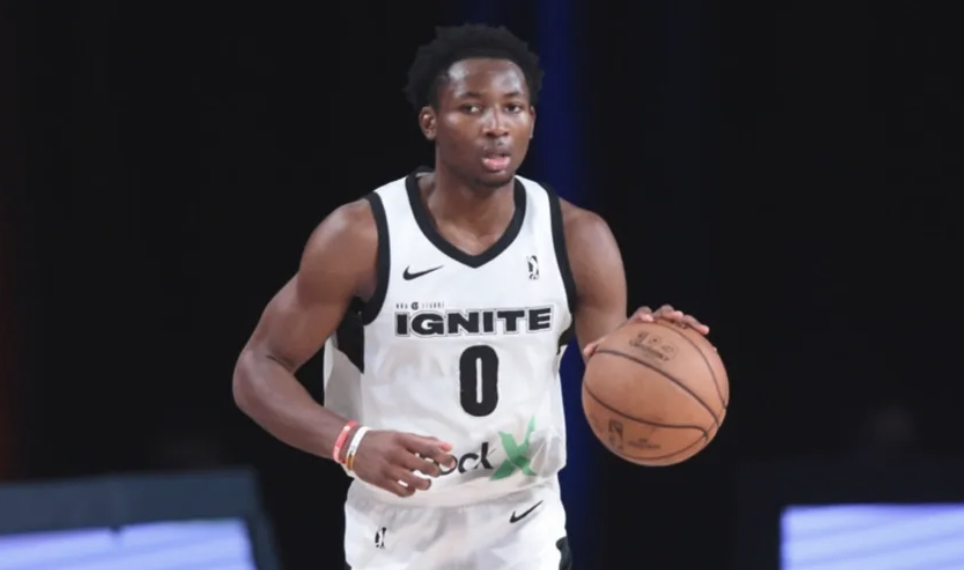 1) Jonathan Kuminga, G League Ignite – Jonathan Kuminga is a very intriguing prospect in this year’s draft. Jonathan has the potential to be the best player in this draft. He has a very raw skill set but has shown flashes in the G League of his freakish athleticism and his ability to be a solid two way player at the next level. Jonathan’s ability to knock down the three at a consistent clip will help him stretch the floor and be an offensive weapon at the next level.

2) Scottie Barnes, Florida State –Scottie Barnes is an athletic prospect that brings energy to any team he plays on. At Florida State Scottie Barnes showed potential of being a very good defender as well as displaying his playmaking skills at 6-foot-9. Scottie’s offensive game is still raw and will need some work to really be a factor on that side of the floor in the NBA.

3) Corey Kispert, Gonzaga – Corey Kispert is one of the best shooters in this year’s draft. With today’s NBA being all about players having the ability to spread the floor it makes Corey an ideal pick. At Gonzaga Corey showed his competitive spirit as well as the ability to be a leader. Corey is a player that will compete for minutes day one.

4) Ziaire Williams, Stanford – Ziaire Williams has a game that fits the NBA more than College. His ability to get down hill in the half court set and in transition is key for him at the next level. Ziaire has a nice stroke from mid-range as well as from three. His basketball IQ and versatility make him a very exciting prospect at 6-foot-8.

5) Franz Wagner, Michigan – Franz Wagner played well at Michigan with his ability to score and rebound. Franz can knock down the three at a high clip and has shown that he is not afraid of the big moments. Franz has great size and moves well without the basketball which is key for him. Going into the NBA Franz will need to work on his playmaking ability.

6) Jalen Johnson, Duke – Jalen Johnson is a mystery in this draft. Jalen has talent and the potential to be a very good NBA player. Everyone has question marks on Jalen because of his motivation when it comes to basketball. We saw at Duke that he left his team mid-season. Jalen is a low risk high reward candidate in this draft and could end up being the Michael Porter Jr. in this draft.

7)David Johnson, Louisville – David is a tough player that is fierce and not afraid of anything. David has shown improvement in his three point shooting from (21.7%) freshman year to doubling it in his sophomore year. David has a smooth game, he has the ability to back down smaller defenders in the post as well as being an aggressive rebounder. David might not be a lottery pick but with his tools David has an opportunity to play in the league sooner than some might think.

8) Trey Murphy III, Virginia – Trey has the ability to be the best 3 and D player in the draft. With Trey’s frame at 6-foot-9 he can really spread the floor and finish at the rim. Not only can Trey spread the floor but he moves his feet very well that helps make him a versatile defender. His ability to move without the basketball and be a solid cutter are going to be key for Trey as he makes the transition.

9) Aaron Henry, Michigan State – Aaron Henry has the potential to be a 3 and D player in the NBA one day. With Aaron athletic ability he is a very solid defender. Aaron has the ability to be a playmaker with his unselfishness and willingness to pass. Aaron is a very skilled player and always tries to make the right team play. Aaron looks like a prospect that will be selected in the second round but could be a good return for a team that takes a chance on the former Spartan.

10) Herb Jones, Alabama – Herb Jones has the NBA frame to match up with his elite level athleticism. Herb is a problem in the open court with his physical frame. His size helps him on defense as he is a versatile defender that can guard multiple positions. Herb is an energy guy and being able to hit the corner three consistently will be huge for him as he tries to make an NBA roster.